by Emmy Griffiths Published on 29 January 2016 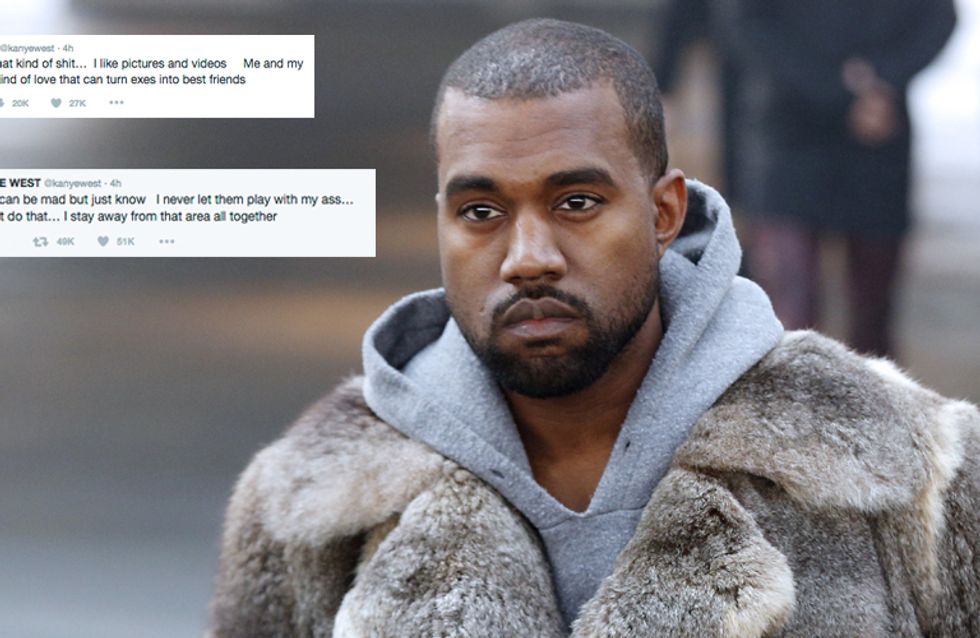 For those who missed it, yesterday Kanye West had 2016's biggest Twitter spat yet with Wiz Khalifa after the latter dissed his new album, but all the 'OG' enraged tweets came to a screeching halt when Amber Rose, Wiz and Kanye's ex and the mother of Wiz's child, joined the beef by tweeting an hilarious exposé involving Kanye's penchant for a little bit of cheeky bum fun. After hours of waiting and watching Kanye has FINALLY responded, and the reply has transcended our silliest daydreams...

It all began when Amber Rose made waves around the Internet, the Western Hemisphere, nay, THE WORLD, with one tweet about Kanye West's private life. Behold:

Awww @kanyewest are u mad I'm not around to play in ur asshole anymore? #FingersInTheBootyAssBitch☝

'Twas the tweet that launched a thousand RTs as Twitter users couldn't very well believe just how much one man could be shot down with just 140 characters. Naturally Kanye West went quiet on all fronts, quoting simply 'positive energy', and we thought (foolishly) that he had chosen not to comment on Amber's exposé. Wrong.

Kanye tweeted a response to Amber almost a day later, choosing the deny deny deny route, and naturally Twitter is having a freaking field day over it.

Oh Kanye NOOOOOO. You might be a so-called musical genius, but you know nothing about how much people love to take the p*ss out of everything, especially when you've given them free ammunition. Here are some of our favourite responses to Kanye's tweet of denial...

.@kanyewest even if we're in love?

@kanyewest Ain’t nothing wrong with a bit of assplay Kanye.

@kanyewest Methinks the lady doth protest too much

What do you think? Shall we get a poll going? Tweet us @sofeminineUK!

Can We All Just Take A Moment To Remember Drake In Degrassi: Next Generation