We can't keep up with Katie Price. The model revealed over the weekend that she'd given birth to a baby boy eight weeks early - and the labour sounded nothing short of horrific. Nonetheless, the brave mum is already thinking about expanding her family with new husband Kieran Hayler!

Katie Price has never been one to hang around.

She told The Sun: "We’ve been through a nightmare, but it’s made me and Kieran so much stronger and we can’t wait to have another baby."

It's particularly surprising that Katie is already talking about her next child because Jett’s birth was so traumatic.

The 35-year-old - who's also mum to Harvey, 11, Junior, eight, and six-year-old Princess - was rushed into surgery after blood tests concluded she had an infection that could have harmed her unborn baby.

She said: "The baby’s heart rate was really low. The next thing I know, a nurse is in my room saying: ‘Get ready now. You have five minutes to shower. You are having C-section soon.’

"I started panicking. I have a terrible fear of needles and I was dreading the epidural. I got in the shower in shock. I kept thinking ‘This will be my last shower before I have my fourth child.’

"The next thing I knew I was being wheeled to the theatre." 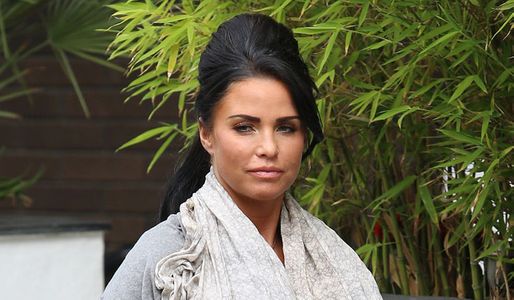 To make matters worse, Katie was on a family holiday abroad and so couldn't understand a lot of what the nurses were saying.

Kieran, 25, was out shopping while she had her blood tests, but rushed to the hospital after she texted him.

She continued: "I was in a state. He’s never seen me like that before. He must have thought his wife had turned into a lunatic.

Katie described the experience as "pure stress" and even claims she could feel the pressure of the incision during the C-section.

She added: "Bringing life into the world is supposed to be magical. But what I went through was a nightmare.

"I kept thinking I must be dreaming. The doctor just said, ‘You will have your baby in two minutes.’ And the next thing I knew I had."

Katie, who gave birth at 32 weeks, had just seconds with her baby son before he was taken away to an incubator by a nurse.

She said: "She put his face against mine for three seconds. I kissed him twice and she took him away.

"Then the doctor just looked at me and said, ‘You here for 20 minutes then recovery for two hours.’

"I felt crushed. I wanted to be near my baby. All I had was the memory of a quick look at his little, purple face.

​"The only thing that had got me through the nightmare was the thought of cradling my little boy. But he was only put near my face for seconds. I was really upset. I felt like punching someone.

"I kept asking for Kieran but they told me he was with our baby. I kept begging them, ‘Please get my husband’.

"It felt so unfair because Kieran and I didn’t get that moment couples should share. But more importantly, I didn’t even know what my baby weighed or if he was OK."

Fortunately, Jett is now doing well and the glamour girl is out of hospital, but spending days there to be by her boy's side.

She added: "I absolutely love him. Kieran is already proving to be an amazing dad. He is so hands on."

The couple chose to name him Jett from a shortlist of five. They added Riviera in tribute to his unexpected birthplace.

Unsurprisingly, the name is already attracting criticism on Twitter.

One user wrote: "Jett Riviera eh? Wasn't that one of the characters from the Red Dwarf episode where they played the VR western game?"

Another said: "Why has Katie Price named her child Jett Riviera?! 'All passengers boarding the 9:40 Jett Riviera to Alicante please go to gate 3'." 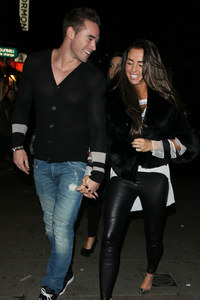