Since divorcing, Katie Price and Peter Andre haven’t always been on the best of terms. But now things are set to get even uglier between the pair, as Katie has publicly accused her ex-husband of destroying their happy family and trashing her career in order to build up his own.

Katie Price is known for speaking her mind, but no one quite anticipated how strongly she felt about her ex-husband Peter Andre.

In the mother-of-four’s latest book – Love, Lipstick and Lies which is being serialised in The Sun newspaper – Katie blames her former partner for ruining their happy family and devastating their kids by walking out.

Not only that but she alleges that following their split, “he was building up his own career by trashing mine.”

The pair separated four years ago, and despite having married two men since, it’s clear that Katie is still hurt by Peter leaving her with little explanation.

Big shocks from me in @TheSunNewspaper today! Get a copy and tell me what you think xx #thenewbookofrevelations #lovelipsticklies

The 35-year-old candidly reveals: “I thought we had a secure, happy family, something which I have always wanted. But that happy family was destroyed when Pete walked out - telling me it was over in a phone call.”

“To this day he has never properly spoken to me about why left so I could never get any closure on our marriage.”

The couple, who met on reality show I’m A Celebrity Get Me Out Of Here, married in 2005 and had two children Junior and Princess together.

Katie has few kind words to say about her ex, also alleging that he left her when she was still coming to terms with losing their third child after suffering a miscarriage.

She notes that it was interesting timing for Pete to leave, as he began promoting his new album shortly after the split.

Katie hints that the reality star – who is currently expecting a child with girlfriend Emily MacDonagh – might have planned it all beforehand because the publicity would help boost sales.

The former Page 3 girl, who is now married to stripper Kieran Hayler with whom she’s just had her first child Jett Riviera, says that it was hard for her to see the Mysterious Girl singer “held up as some kind of saint”.

Especially as she received so much negative press, which in part was fuelled by her former husband of four years.

In particular Katie recalls the image of their daughter Princess wearing make-up and false eyelashes.

The horse-enthusiast claims that at the time Pete found the image funny, but then when things turned sour between them he blasted her in the press for dressing their daughter up.

The pair have had on-going legal battles since their split, with Katie reportedly suing Peter and her former manager Claire Powell for £250,000 over an alleged smear campaign.

Whose side are you on? Team Katie or Team Pete? Tweet us @SofeminineUK! 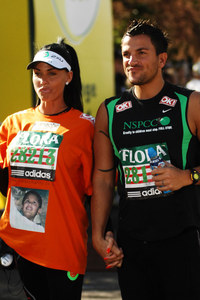 Alison Potter
…
Feud
From hair ideas to outifts, look no further for your daily inspiration