by Stephanie Ashley Published on 25 November 2013 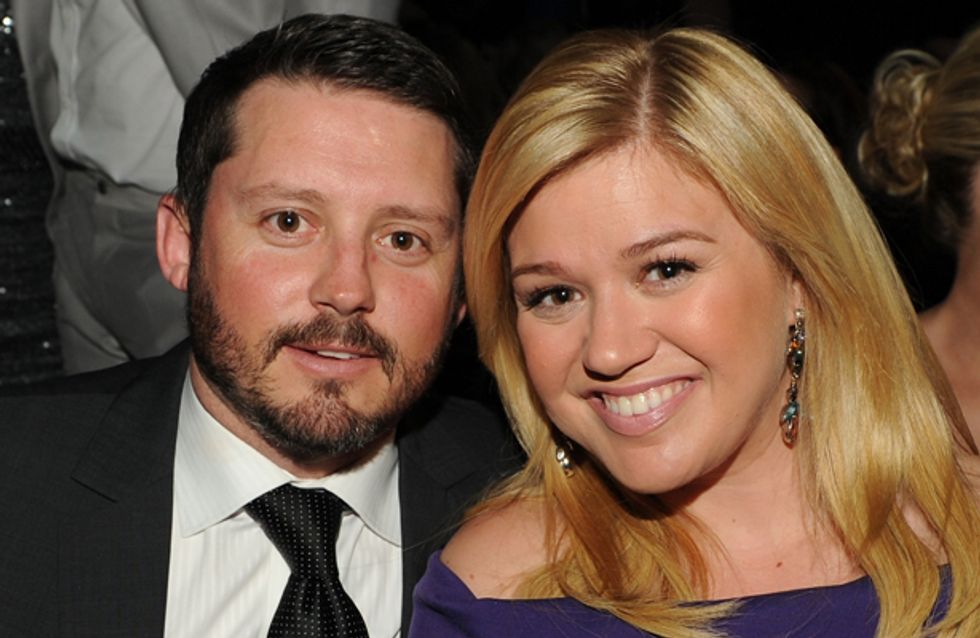 Congratulations, Kelly! The singer only got married four weeks ago and now she has something else to smile about - the patter of tiny feet! The star got hitched to her music manager fiancé Brandon Blackstock in an intimate ceremony last month and the newlyweds haven't messed about. The couple are now expecting their first child together and we just know Kelly is going to be a fantastic mum.

The American Idol winner announced via Twitter on Tuesday that she is expecting a baby and that it is the “Best early Christmas present ever.”​

The singer recently married music manager Brandon Blackstock, who has two children of his own from a previous marriage.

The couple had been planning a larger wedding in the backyard of their Nashville home, but, amidst their busy schedules, including Kelly’s two recent album releases, the pair opted for a small ceremony at Blackberry Farms in Tennessee four weeks ago.​

I'm pregnant!!! Brandon and I are so excited! Best early Christmas present ever :)

While the news of Kelly’s pregnancy was not confirmed until her tweet last Tuesday, she had been dropping hints that she wanted a baby.

At an appearance on The Tonight Show, Kelly responded to pregnancy rumours by saying, “We are not announcing anything right now! We’re not, no. Practice makes perfect! We’re trying, trying, trying … like rabbits!”

All that practice has finally paid off. Although this will be Kelly’s first pregnancy, she has some experience in parenting from the time she spends with her husband’s children, Seth and Savannah.

Blackstock’s ex-wife Melissa told PEOPLE, “My kids love her. I couldn’t ask for a better stepmother for my children.” Quite the testimonial!

Before marrying Brandon, Kelly told Ryan Seacrest on his radio show, On Air with Ryan Seacrest, that she was excited to be a step-mum. The singer said she really “digs the mom thing.”

The star confirmed this when talking to Leno on The Tonight Show too. She said: "I never wanted kids before, but now I want, like, five."

Let's hope she has twins on the way to help with the quota!

We think she is going to rock at motherhood.

How excited are you about Kelly’s baby news? Do you think it will be a boy or a girl? Tweet us @sofeminineUK!