Isn’t it nice to know that celebrities, with all of their diet plans, personal trainers and cheeky liposuctions, love to pig out over Christmas just like the rest of us? We had been amazed by Kim Kardashian's weight loss after giving birth to little North West in June, though there have been warnings that the moment she leaves the diet the weight will pile back on – uh oh!

Although Kim Kardashian has been merrily flaunting her new figure, which is apparently all thanks to the Atkins diet, she has said she needs to go back on it since overindulging over Christmas. Don’t worry Kim, no one can deny themselves roast potatoes and turkey, you’re only human!

Chatting to Mobio Insider, Kanye West’s fiancé admitted she needed to go back onto the diet to shift that last bit of baby weight. A fan asked: “Tell us your secret about your shape after baby north!! You look super nice..."

Kim replied: “Thank you! I did the Atkins diet, and I really stuck with it. I am starting again this week, since I ate a lot over the holidays.” 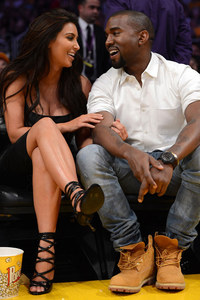 Apparently the reality show star lost an incredible 50lbs since giving birth, and has been showing off her new figure via Instagram. However, she obviously still isn’t finished dropping the weight using the controversial diet, which eliminates carbs but doesn’t worry itself over counting calories. Without carbs, apparently more fat is burned.

However, there have been concerns that it’s easy to pile the weight back on once you finish the Atkins diet. Hypnotist Paul McKenna has spoken against it, saying: “If it works for you, great, but be warned, most people put on more weight when they come off the diet. I don’t know anyone who can stick to Atkins.”

Ah, good luck with that then Kim!

The yummy mummy was looking fabulous earlier this week though, as she went shopping, tipped a valet one hundred dollars and received a parking fine later in the day when she left her Rolls Royce for too long whilst on a shopping spree. We suppose money and a great figure doesn’t stop parking wardens!

Do you think the Atkins diet is a good idea? Tweet us @sofeminineUK