by Teddi Ginsberg Published on 25 February 2014 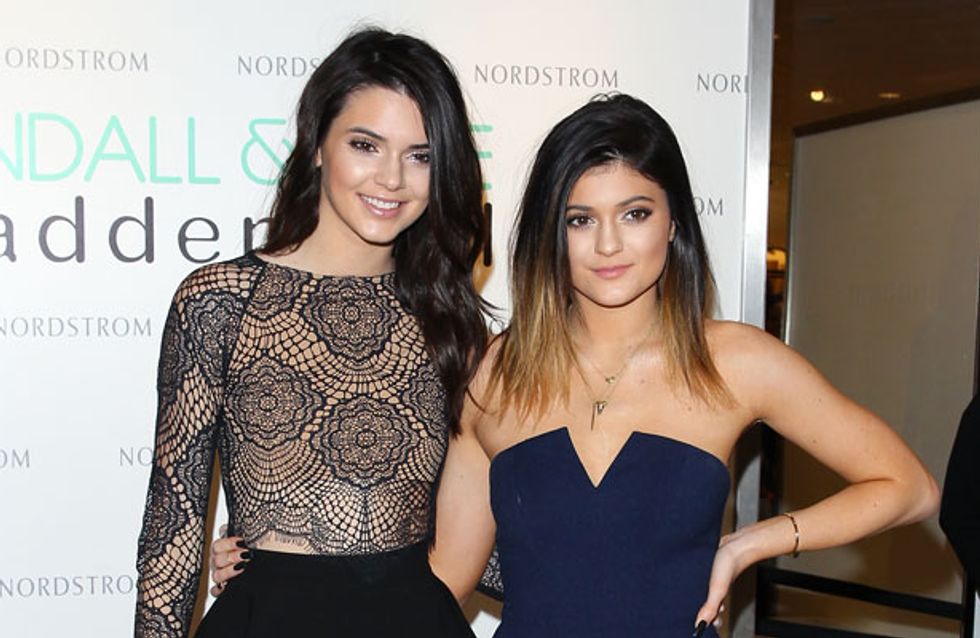 Kendall and Kylie Jenner have been busy these days. In addition to filming their E! reality series, Keeping up with the Kardashians, they recently launched their handbag and shoe collection for Steve Madden's Madden Girl. When asked about how they found inspiration for their designs, Kylie named sister Kim Kardashian's fiancé Kanye West as a source!

Kylie and Kendall Jenner are definitely keeping up with the Kardashians. They recently celebrated the launch of their new accessories line for Steve Madden's Madden Girl. When the sisters recently sat down with E! News to discuss the collection, Kylie revealed that future brother-in-law Kanye West was actually a huge help throughout the process.

"He's really inspiring, just watching him," Kylie told E!. "He's been my roommate for a couple months now. He's so passionate about his stuff and he's always showing me his designs."

Kim, Kanye, and their baby North West have been living in Kim's mom Kris Jenner's home, where Kylie also lives.

Kylie went on to say, "He's a creative guy, he's awesome. He has a lot of talent, so it's cool to see that. It's inspiring and makes me want to work harder to be more into it, so it's cool."

Kanye, of course, is known for his couture chops. He famously designed a shoe collection with Louis Vuitton in 2009. In 2013, the outspoken rapper infamously told his fans to boycott the brand after getting into a riff with Louis Vuitton Vice President Yves Carcelle.

Despite this, Kanye remains passionate about fashion as a whole. Looks like his work ethic rubbed off on the girls!

Speaking of which, they looked absolutely stunning at the celebration of their new line. Kylie wore a strapless navy romper while Kendall showed a little more skin in a lace crop top and a high-waisted skirt to the promotional event at Nordstrom in Glendale, California.

The collection will include flat sandals, gladiators, platforms, and cage heels. It will be sold exclusively at Nordstrom.

Will you check out Kylie and Kendall's Madden Girl collection? Tweet us @sofeminineUK!

Sarah Ferguson and Eugenie's sister Beatrice
by the editorial team

Caitlyn Jenner and Kris Jenner
by the editorial team

Steve McFadden
by the editorial team

Simon Gregson
by the editorial team