It was the scandal that broke up our beloved RPatz and KStew, and now for the first time Rupert Sanders ex-wife has spoken about the incident. Liberty Ross had been with the Snow White and the Huntsman director for 16 years when the pictures emerged of him and Kristen Stewart hooking up, and the result was the end of their marriage. If it was us we’d be making bitter, bitter Twilight jokes, but Liberty has handled the entire scandal with limitless grace.

Liberty Ross has opened up a year after the pictures emerged of her then-husband - and father of her two kids - Rupert Sanders, 42, having an affair with Kristen Stewart, 23.

The model spoke to Vanity Fair about the aftermath of the revelation that broke up both Rupert and Kristen’s relationships. Cheaters never prosper guys.

Referring to it as a “horrible” time in her life, it was revealed that Liberty only found out about the affair 20 hours before the photos were published.

Liberty’s brother Atticus revealed: “It was f**king crazy. To some extent at that moment, Rupert was in denial and Liberty didn’t know what was going to happen.”

Although Liberty and Rupert did divorce, the British model tried to weather the storm as best she could, telling the magazine: “I think, for me, something always has to completely die for there to be a rebirth. And, for me, I feel like I’m going through a rebirth."

​Liberty revealed that during the hype, she moved to the coast with her two children to avoid the paparazzi, admitting: “I was able to be there completely secluded. I just visualised [being] this sort of Masai warrior. I was just going to stand very still and very strong, and just let it all roll past me.

“I tried to keep as far away from it as I could and to understand that this is my family and it’s the most precious thing to me.”

At the time Rupert Sanders made a public apology, stating: “I am utterly distraught about the pain I have caused my family. My beautiful wife and heavenly children are all I have in his world. I love them with all my heart”.

But Liberty couldn’t see them ever reconciling, candidly revealing: “I’m not a quitter. I’ve done everything I could to be a perfect wife and mother and really support my husband. But I just didn’t have anymore to give, you know?”

As if we couldn’t love Liberty any more for how strong she was during this period, she also said that she has already forgiven Rupert: “We were together for 16 years, and that in itself is really beautiful. And we’ve created two exceptional lives together.”

You have our respect Liberty! 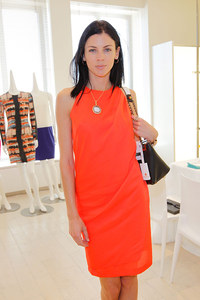