Made in Chelsea rivals Lucy and Phoebe clash AGAIN

We all know who Jamie Laing is, right? Made in Chelsea cast member? Skinny, blonde, short, thinks genius begins with a J and got an ill thought-out tattoo of Peter Pan after he was upset at falling out with his girlfriend. A bit of an idiot, right? So why, why are these girls insisting to continue arguing about him? It’s as though the whole thing isn’t about Jamie anymore. This argument has gotten bigger than all of us. This is the Catfight Omega.

Lucy Watson and Phoebe-Lettice Thompson had an argument again last night on Made in Chelsea as apparently neither of their respective parents ever gave them this advice: if you don’t like someone, stay away from them.

Instead, like magnets, the two of them are drawn together in a competition of who gets the last laugh.

In very different circumstances, if these two teamed up they could take over the world with their cruel words - It’s so sad they have decided to be arch enemies instead.

In last night’s episode of MIC, Lucy couldn’t resist goading Phoebe when she arrived at the jungle-themed party they were both attending.

Since a couple of episodes ago Phoebe called Lucy a s**t for sleeping with Jamie, when Lucy found out Phoebe had an on-off boyfriend whilst seeing Jamie, she couldn’t resist pointing out the irony.

When Lucy saw Phoebe making amends with Jamie she spoke up, saying: “Are you friends now? It’s quite hypocritical of you calling me a sl*t when you’re dating someone else.”

Phoebe replied with a curt: “I’m not here to impress you.”

To which Lucy shot back: “I’m not impressed.”

Erm…good thing she wasn’t there to impress you then Lucy?

However Lucy is definitely still in the doghouse with Jamie after falling out last week.

​When Lucy asked if they could be friends, Jamie complained, saying: “You can’t just walk in and do that. If you don’t wanna get with me, don’t text me. You like the attention I give you.”

Jamie is also completely hurt that Phoebe has gone and bagged herself a boyfriend, telling her: “You’re sitting there having a go at me about hooking up with Lucy. Meanwhile, you were hooking up with another guy…a boyfriend. Fran told me everything.”

Oh Jamie! Maybe that’s what happens when you play with fire (a.k.a two Chelsea girls at the same time). You get burned!

The biscuit heir was whining a lot this episode, which was very funny as no one should feel sorry for him and his playboy ways. He told Binky: “I’m alone, eating cake and getting drunk.”

Maybe you should get another tattoo whilst you’re emotionally distraught Laing? That’ll sort you out! 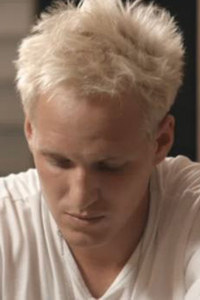