by the editorial team Published on 14 December 2009 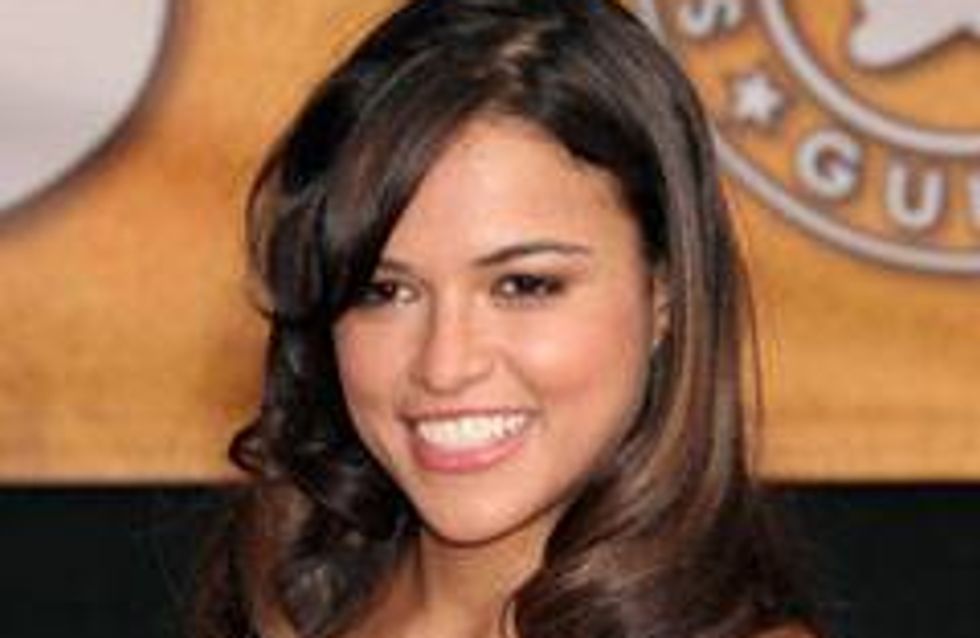 'Avatar' actress Michelle Rodriguez would make a sex tape if she wanted to reveal her true sexuality and says the speculation over her sex life is frustrating.

Michelle Rodriguez would make a sex tape if she wanted to reveal her sexuality.
The 'Avatar' actress has long been rumoured to be bisexual or a lesbian despite insisting she isn't, and says if she had anything to prove to anyone she would do it on camera.
She said in an interview with Style magazine: "If I wanted to tell people what I do with my vagina, I'd have made a sex video a long time ago. Largely, people don't know the whole story about anything. But still they need to put a name on it so they can label it and put it on the side and not dedicate any time to figuring it out. It's laziness."
Rodriguez - who was romantically linked to her openly bisexual 'Bloodrayne' co-star Kristanna Loken in 2006 - also revealed she aspires to be like Angelina Jolie.
The 31-year-old actress admires 34-year-old Angelina - who is openly bisexual but currently in a long-term relationship with Brad Pitt - for the action-packed roles she takes on and the sexual energy she exudes.
She said: "I like women like Angelina Jolie because of her ability to harness masculine and feminine energy into one. There are certain people who are so sexual that it doesn't matter how old they get, they're still sexual. Angie, at 50, will still be sexual."