by Pascale Day Published on 2 February 2016 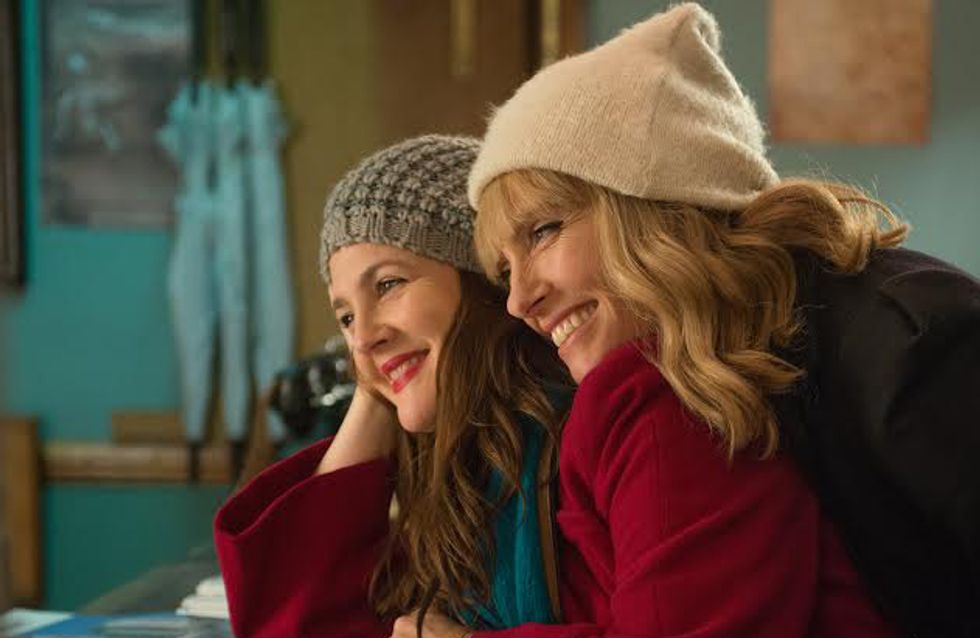 Oh Catherine Hardwicke, you sure do know the way to our hearts. You know how to get those tears a-flowing. We took our bezzie mate to a swanky East London Hotel for the night to celebrate the release of blub-fest chick flick Miss You Already. A word of advice, ladies: don't bother with mascara for this one.

We arrived at the Ace Hotel in Shoreditch at about 6.30pm, excited about having a cosy Friday night in a fancy hotel to watch Miss You Already. "Maybe we could go out for a drink after the film?" I say to Olly, to which he agrees. Little did we know we'd still be in the room for hours to come before collapsing into an exhausted sleep at about midnight.

Make no mistake, girls: this one's a real cry-fest.

​The film features Toni Collete as Milly and Drew Barrymore as Jess, best friends since forever and who do everything together. But then, after delaying an appointment with her doctor, Milly finds out she has breast cancer. Milly tasks Jess with helping her through her chemo rather than her husband, and the two are able to provide each other with some comic relief through this time. But Jess, who has had trouble conceiving with her husband, finds out she is pregnant.

​Milly must undergo a double mastectomy, and this causes her to go off the rails. Like, really off the rails. We don't want to spoil the story for you, but Milly turns into a bit of an antagonist. Some of the stuff she does is understandable, some is totally not cool. And meanwhile, Jess is trying to deal with pregnancy and doesn't really have time for Milly's nonsense.

Suffice to say, a rift appears. "Would you stop hanging out with me if I was being a brat?" I ask Olly. "Nah..." he replies, stuffing chocolate into his mouth and washing it down with a craft beer. I can tell he's not listening to me. I could have said "Do you think I'm a good person?" and he'd still be like "Nah..." This is the problem with having a male best friend - they don't listen when you need self-validation the most.

But then, then it all comes to a head at the end of the film. No spoilers here, but christ, it sure is an emotional roller coaster. Anyway, I'm sure you can get by the title what happens. I cling on to Olly, tears in my eyes. I mean, the film was really sad, but it wasn't helped by the bottle of Prosecco and two large rosés I'd had through the duration of the movie. I turn to Olly, who was sporting a pink face mask that I'd smudged onto his face half an hour earlier, and I tell him I'm going to appreciate him every single day of his damn life. I tell him I mean it. I make him say it to me. He doesn't want to but I make him say it anyway. I give him the last square of chocolate. We climb into bed before midnight, our bodies dry and empty after all the water has escaped from our eyes.

The next day, Olly won't carry my suitcase out of the hotel. "Arrrgh, you drive me mad!" I yell. The balance is restored.

Miss You Already is out now on DVD. Have you seen it? What did you think? Let us know! @sofeminineUK