The selection of the new Doctor Who is a big decision that BBC bosses will not be taking lightly. Aware of just how important the choice is, different names have been tosses around all over the place. The latest joining the list is Ben Daniels who has become the bookies new favourite.

Ben Daniels is the new favourite to replace Matt Smith as the next Doctor Who.

This follows the official statement from Rory Kinnear that he will not be taking on the role.

He told The Independent: "I haven't been, and I'm totally certain that I will not be, asked to be the next Doctor Who.

"If I was an actor who was really longing to play Doctor Who then this would be torturous, but it's a programme I've never watched, so I don't even really know what it is."

Despite this he still had pretty strong odds with Ladbrookes putting him at 16/1.

However it has made space for actor Ben Daniels to be the new top choice, according to the betting companies.

The brain behind the BBC sci-fi show, Steven Moffat has explained just how "terrifying" the casting decision is.

He told Entertainment Weekly: "If you're a Doctor Who fan, as I have been all my life, you've been doing fantasy casting for this part for as long as you can remember.

"There's a very big range of people who could play it and different ways you could go with it. We must get this right. One false move and the show's over."

Other names in with a shot include: Ben Whishaw, Miranda Hart, Russell Tovey and many, many more. 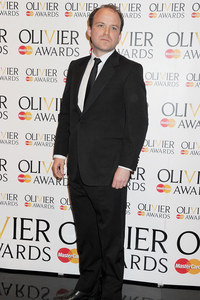