by Emmy Griffiths Published on 4 February 2015 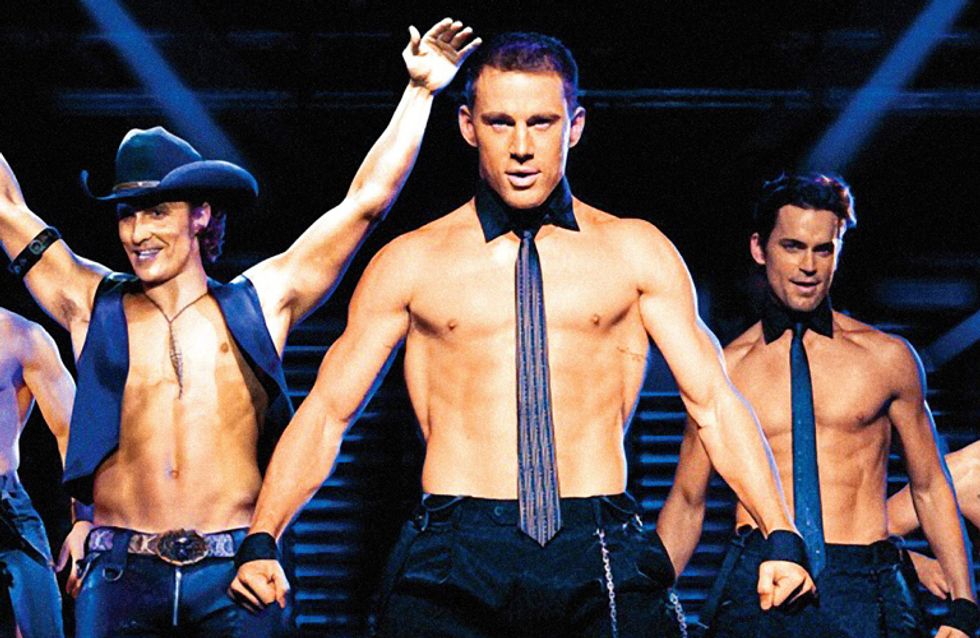 The new trailer for Magic Mike XXL is out and if you like abs, power tools and men that hump the air like they just don't care, then you need to stop what you're doing right now and watch the trailer below.

If you have some extra time on your lunch break, lock yourself in the copy room, turn out the lights and enjoy the show that is the newest Magic Mike XXL trailer. Spoiler alert: it will make you tingle in your lady parts and curse the day your boyfriend figured out the "dad bods" were actually a thing.

So buckle up for an even better look at the sequel of the movie that proved Channing Tatum doesn't need to know how to act to make him an actor worthy of being worshipped:

In case you didn't recognize Johnny Depp's wife in the trailer, she will be playing Magic Mike's love interest in the new flick, which means she has now officially gotten to bang two of the hottest men ever to be on screen. Thanks for nothing, Amber Heard. Also on the list of women we are hating today? Sofia Vergara, because she gets to go home every night and sleep beside Joe Manganiello, once again proving that the universe is cruel and unfair. Other celebrities of note to star in the flick include Elizabeth Banks, Michael Strahan, and Jada Pinkett Smith who is the sass-talking manager of an all male strip club, also known as my dream job. Side note: is there really a male stripper convention in Myrtle Beach? Cause if so, we would like the all-access VIP pass. Thanks.

In case you missed the first teaser trailer, prepare to give your libidos a shot of life:

We will not be able to concentrate the rest of the day, so thanks for that gentlemen. Magic Mike himself was nice enough to also give us a sneak peek of the movie poster:

July 1st can't come soon enough. Until then, you might want to invest in some of the products below:

As Magic Mike would say, you're welcome.

Do you think this trailer is as hot as we do? Tweet at us! @wewomenUSA

This Photo Proves Jack Berger Is Still A Jerk, So Let's Rank The Men Of Sex And The City

Free Yourself! 5 Reasons You Need To Sleep Naked