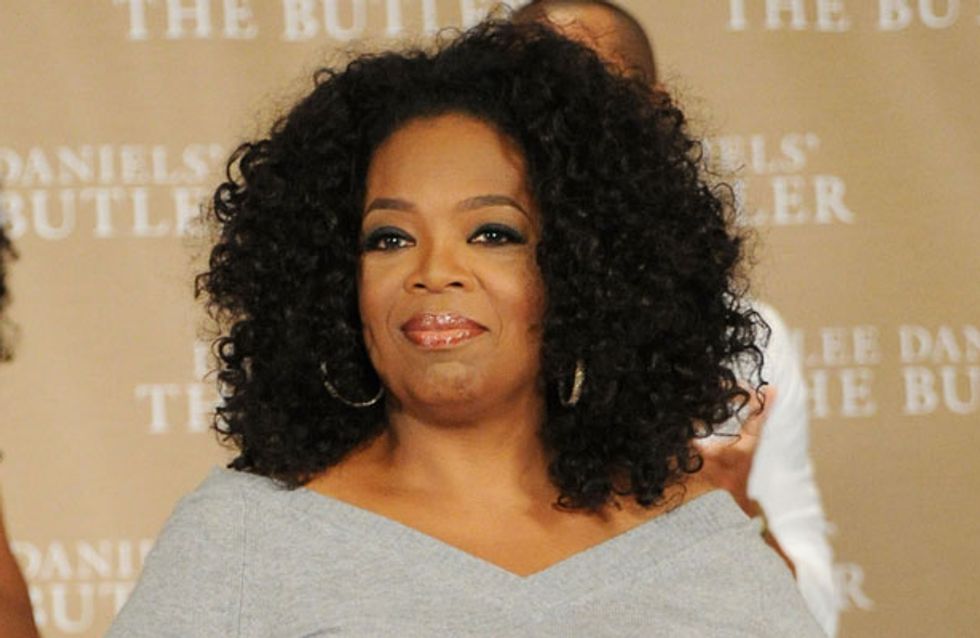 She may be one of the richest, most recognisable women in the world, but that didn't stop a clueless shop assistant in Switzerland from allegedly refusing to let Oprah Winfrey look at a handbag, claiming it was too expensive for her!

US chat show host Oprah Winfrey has claimed she was the victim of racism in Switzerland.

The face of American TV was in Europe for the wedding of her friend Tina Turner.

The media mogul was out shopping in Zurich when a "racist" shop assistant refused to show her a handbag, claiming it was too expensive for her.

The household name is said to be worth an estimated $3billion.

She explained to Nancy O'Dell on Entertainment Tonight that she was wearing designer clothing and there was no reason for anyone to believe she didn't have the money to be in the boutique.

She said: "I was in Zurich the other day, in a store whose name I will not mention.

"I didn't have my eyelashes on, but I was in full Oprah Winfrey gear. I had my little Donna Karan skirt and my little sandals.

"But obviously 'The Oprah Winfrey Show' is not shown in Zurich."

Oprah believes the shop assistant, who clearly didn't recognise her, can only have been judging her on her skin colour.

Oprah Winfrey says working with Lindsay Lohan has “been bumpy”
Even the saint-like Oprah Winfrey has trouble dealing with wild child Lindsay Lohan! Oprah has admitted that working with Lindsay on her new reality show for the OWN network has been no walk in the park. In a short preview of the series, Oprah fumes about how difficult it is to get Lindsay to appear for scheduled shooting. Now, she's opening up on what it's like to work with LiLo.

She explained the series of events: "I go into a store and I say to the woman, 'Excuse me, could I see the bag right above your head?' and she says to me, 'No. It's too expensive.'

The assistant then went on to find some cheaper bags for Oprah.

Not wishing to engage with the saleswoman any longer, and choosing not to escalate the issue, Oprah then left the shop - confident that racism is still a common issue.

She said: "There's two different ways to handle it. I could've had the whole blow-up thing, but it still exists, of course it does.

"True racism is being able to have power over somebody else. So that doesn't happen to me that way."

She added that it is not only racism she experiences - often she feels the effect of common sexism.

She added: "It shows up for me this way, it shows up that sometimes I'm in a board room or I'm in certain situations where I'm the only woman, or I'm the only African American person within a 100 mile radius, and I can see in the energy of the people there, they don't sense that I should be holding one of those seats.

"I can sense that. I can never tell is it racism or is it sexism, because often it's both.

"The sexism thing is huge. The higher the ladder you climb, it gets huge."

by Francesca Menato
For all the best videos, memes and shareable news!