by Stephanie Ashley Published on 17 January 2014 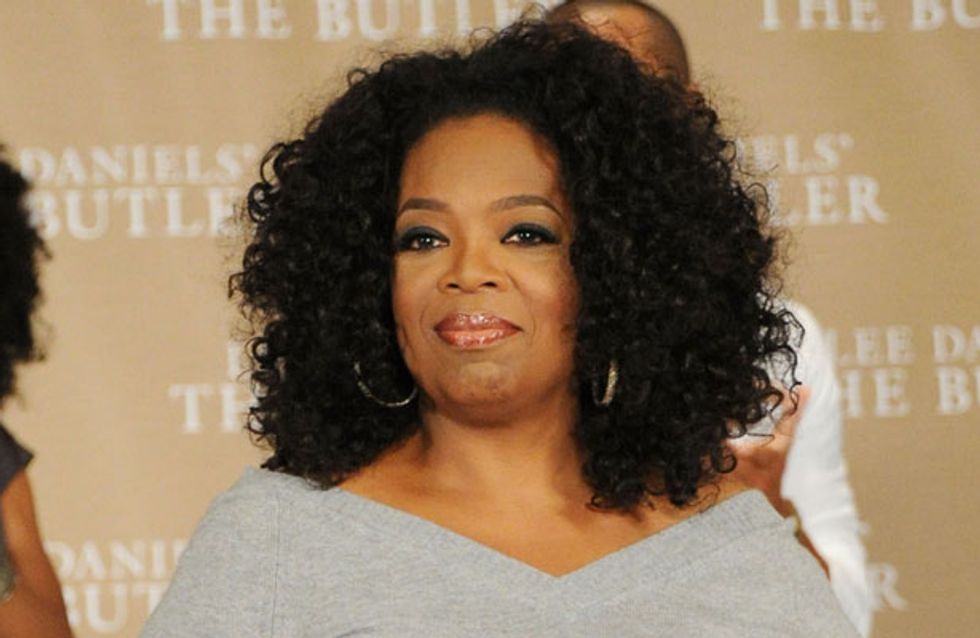 Even the saint-like Oprah Winfrey has trouble dealing with wild child Lindsay Lohan! Oprah has admitted that working with Lindsay on her new reality show for the OWN network has been no walk in the park. In a short preview of the series, Oprah fumes about how difficult it is to get Lindsay to appear for scheduled shooting. Now, she's opening up on what it's like to work with LiLo.

Oprah thought she knew what she was getting into when she offered Lindsay Lohan a reality series on the OWN network, but is the struggling starlet more than the big O can handle?

The OWN network announced that Lindsay’s new reality series, Lindsay, will premiere on March 9. The network released a quick preview of the series for television critics, in which Oprah discusses the challenges of working with La Lohan.

“This is just what everyone warned me would happen [working with her],” Oprah says. “And it is.”

Lindsay Lohan launches her first fashion blog
Fresh out of her 90 day rehab stint, Lindsay Lohan has already set her sights on fashion domination. The Hollywood star has just launched her very first fashion blog and it's worthy of a bookmark to say the least. Move over Olivia Palermo, Millie Mackintosh and all other style diary bloggers, there's a new flame-haired fashionista on the scene.

On the Critics’ Choice Movie Awards red carpet, Oprah spoke about how difficult it is to keep tabs on the wild child starlet. Despite speaking on the phone with the actress earlier this week, Oprah had no clue she was in London. “You would know more [about Lindsay’s whereabouts]”, Oprah joked with E! News on the red carpet.

Oprah has hinted at the fact that it has not been easy to work with Lindsay on the reality show. “There have been bumps, that’s life,” she said. “It’s been bumpy, but as far as I know we are still filming.

Oprah granted Lindsay an eight-episode reality television show on her OWN network and $2 million for the actress’ first TV interview post-rehab. Lindsay had previously spent 90 days in a posh Malibu rehab center to sober up.

Despite the struggles in filming, Oprah is still willing to help Lindsay rebuild her career, but she is also realistic about Lindsay’s bad habits. In the preview clip, she says, “My truth is, I really do want you to win…but if that isn’t what you want, I’m okay with that. I will tell these guys to pack up and leave today.”

The show follows Lindsay around as she tries to rebuild herself and stay sober, though at some points in the preview clip, it seems like LiLo is over the whole sobriety bit.

When Lindsay’s sober coach was asked on film if the star had kept away from booze, he says, “Um…you know.” Is she sober or isn’t she?

Lindsay understands that this may be her last chance to come back to the spotlight. She tells Oprah in the preview clip, “I know this is my last shot at doing what I have to do.”

Good luck, Lindsay! Will you be watching her new reality show? Tweet us @sofeminineUK.

by the editorial team
+
All the news about Lindsay Lohan
by Stephanie Ashley
From hair ideas to outifts, look no further for your daily inspiration