Winter is coming in April with the return of Game of Thrones, and we could not be more excited. The last season was probably it’s best yet and was full of thrills, action and horrendous shocks – we will NEVER get over the Red Wedding! So what’s in store this season? It is a well-known fact that in the Game of Thrones you either win or you die – there is no middle ground – and we’re guessing season four is going to have its fair share of slayings!

We wouldn’t be too surprised if poor heartbroken Ygritte tries to kill Jon again, what with her shooting the hell out of him in the season three finale when he essentially breaks up with her.

Perhaps she finds out she hasn’t quite finished him off and goes to track him down? Or maybe she just wants to get over the Wall with her wildling chums.

Either way put the bow and arrow down…slowly…

Chance of death? Well…she is going up against the Nights Watch…but they have gotten sloppy so probably not. Anyway we don’t want her romance with Jon to be over! 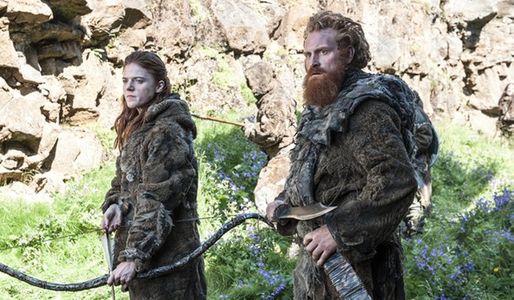 Cersei goes off her brother

We're guessing that the vain, snobbish and generally awful Queen Cersei won’t be too pleased that her brother-lover has had his hand chopped off. For a woman who shags her brother, she is curiously judgmental.

As for Jaime, he may be short of one hand but he’s definitely grown a conscience! Does anyone else LOVE him now, despite the fact that he threw a ten-year-old out of the window in season one? Jaime for the throne!

Chance of death? It’s like no one we actually want to die EVER dies in this season, so we’re guessing Queen Cersei be sticking around.

We all know where Sam’s relationship with Cassie from Skins is going…let’s just try to get it there faster!

Everyone loves an underdog, and we’re guessing season four is going to see Sam's character get more and more awesome. Sam is basically the Neville Longbottom of Westeros.

Chance of death? No way. Samwell’s going to end up sat on the Iron Throne.

The Queen of Thorns is sassy

This isn’t so much of a prediction than an certified guarantee – the Queen of Thorns arrived in season three to deliver some much needed sass at the Lannister’s expense, and now we couldn’t (and won’t) imagine the show without her.

Chance of death? None. Never. Stop it.

We’re not sure why Daario was recast for season four (season three Daario was infinitely more attractive, no?) but there’s obviously a spark between them, so we’re hoping she’s finally going to get over her sun and stars, Drogo, and move on.

As for her trusted companion, Ser Jorah? Sorry pal. Sucks to friendzoned, we know.

Chance of death? Dany isn’t about to die. Girl has dragons. As for Daario? Meh, he’s dispensable. 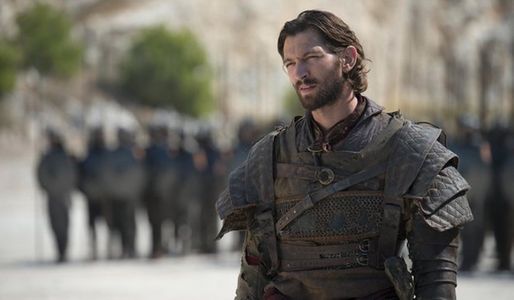 Tyrion and Sansa do NOT live in wedded bliss

Since Tyrion’s family killed off Sansa’s mum, brother and sister-in-law, we’re guessing they’re not exactly friends at the moment. But they were getting on really really well before then! Maybe Sansa’ll get over it. Probably not though.

We’re fully expecting Shae to be a total cow again this season as well. Ugh, Shae.

Chance of death? Since George R.R. Martin enjoys killing off fan favourites, it seems like it might be Tyrion’s time…but we sincerely hope not. We’re not sure the show’s fan base would ever recover. 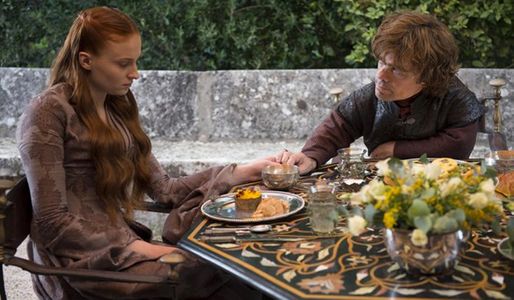 Much like Scooby Doo and Shaggy, we hope that Arya and the Hound will pair up to fight injustice together and get some names ticked off Arya’s KILL list. But…isn’t The Hound on that list? Uh oh…

Chance of death? Nah, you know what Arya says to the God of death. Not today! 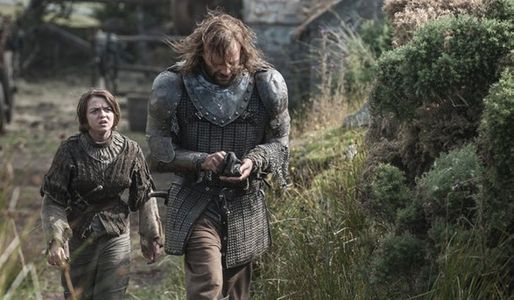 Oberyn Martell wins at everything

New character Oberyn Martell is going to be introduced in season four, bringing the Martells onto our screens to join the Targaryeans, Baratheons, Lannisters, Starks, Tyrells, Freys and Tullys. And Boltons and Greyjoys. And Arryns.

Blimey, there are so many characters!
​
Anyway, he’s a fan favourite in the books so we are guaranteed to love him. Fingers crossed he’ll murder Joffrey’s ass.

Chance of death? No way, he just got here!

It’s time for Joffrey to GO

Yes, it’s always entertaining when that little piece of work is onscreen being horrendously evil, but hasn’t he done enough damage now? Since there has been HBO campaign titled “Roast Joffrey”, we’re desperately hoping that it’s a hint he’s going to kick the bucket.

Then there can be a new work holiday introduced and we can dance and laugh and be merry.

Chance of death? Come onnnn, SOMEONE KILL HIM. 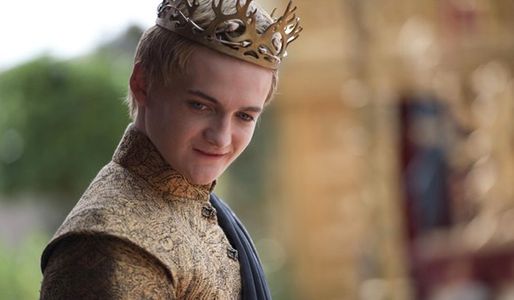 So what do you think will happen? What about Bran, Stannis and Theon? No definite spoilers if you’ve already read the books please! Tweet us @sofeminineUK