by the editorial team Published on 22 October 2012 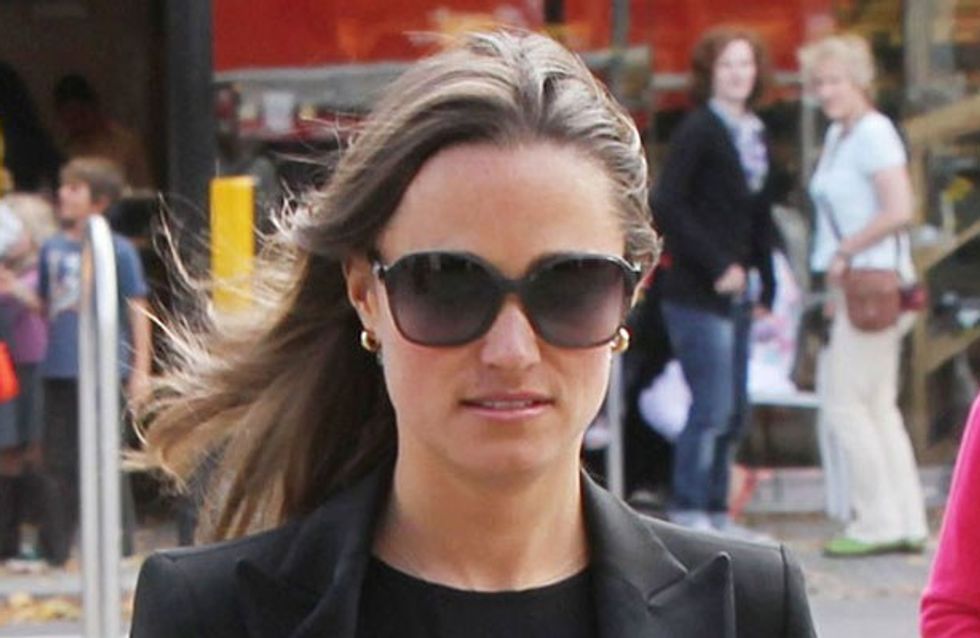 Pippa Middleton has been talking about her recent-found fame in her new party-planning book, Celebrate.

The 29-year-old admitted that she's found it a bit of a shock to suddenly be in the public eye following sister Kate's wedding to Prince William in April last year.

She writes: "It is a bit startling to achieve global recognition before the age of 30 on account of your sister, your brother-in-law and your bottom.

"One day I might be able to make sense of this. In the meantime, it's fair to say that it has its upside and its downside."

She continues: "I certainly have opportunities many can only dream of - but in most ways I'm a typical girl in her 20s trying to forge a career and represent herself in what can sometimes seem rather strange circumstances.

"I am by nature an optimist so I tend to concentrate on the advantages."

Pippa came close to overshadowing Kate as she stepped out as Maid Of Honour at the royal wedding.

Her curvy bottom in her figure-hugging bridesmaid dress earned her millions of admirers worldwide and as a result the pretty brunette is forever in the public eye.

She has used this fame to publish Celebrate: A Year Of British Festivities For Family And Friends - a new book about planning the perfect party.

She adds: "I know many of you will pick up the book out of nothing more than curiosity.

"I can assure you that it feels even stranger to me than it probably does to you to have seen so much written about me when I have done so little to paint a picture of myself."

Americans in particular are huge fans of Pippa, who was said to be in-demand to feature on a number of US chat shows.

But Pippa turned down any offers she received following her sister's recent topless photo scandal.

Kate was left red-faced after she was snapped with no bikini top on as she sunbathed with Prince William in France.

A source told the New York Daily News: "If Pippa is quizzed about Kate’s topless pictures, whatever answer she gives will generate more news and upset Wills and Kate."