Rachel Bilson slams The Bling Ring for "glorifying" crimes against her

Rachel Bilson was one of the celebrities who fell victim to the systematic burglaries that took place in Hollywood a few years ago. These actions have since been turned into a film starring Emma Watson - Rachel isn't impressed. Though, she has learnt to take things in her stride since growing up.

Rachel Bilson has spoken out against the Sophia Coppola film The Bling Ring, starring Emma Watson.

The film outlines the actions of a group of teenagers in Hollywood, who targeted celebrity homes and stole various things including particularly sentimental items.

Rachel personally had her mother's engagement ring stolen as well over £200,000 of designer clothing.

She told Cosmopolitan: “I thought it was weird to glorify something that was so upsetting for a lot of people.

"It’s important to detach from material things, but the special, personal things I lost are hard to forget.”

The 31-year-old does admit she too had a badly behaved period as a teenager.

She explained: “I went through a little bit of a wild phase when I was a teenager and got into trouble.

"It was just enough to make me feel like I’d done everything and I didn’t need to party as much as I got older.

"I survived a car crash when I was 14. It definitely impacted me and how I was living my life. It was a wake-up call. 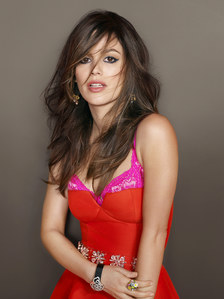 "I had no choice but to wake up and get with the programme, but I think it set me in the right direction.”

In terms of growing up, she attributes a lot of her ease with life to turning 30.

She explained: “Everyone has body insecurities; it’s just one of those things… Once you hit 30, you just own it.

“Thirty is a whole different thing; you can slow down and focus on family. Starting a family one day is definitely something I look forward to.”

The OC star is dating fellow actor Hayden Christensen and admits she is a hopeless romantic.

She added: "I’ve always been a big romantic and I look forward to all those things. I’ve been in a relationship for six years and I’m happy

"To have a partner is one of the greatest things. I’ve always been a fan of love!

"I love any movie or book or anything to do with love because I’m a romantic.

"I’m an emotional person; I go with my heart before my head every time!” 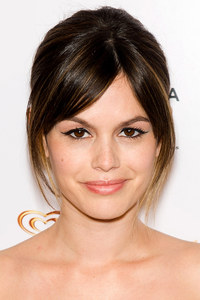 The full interview appears in the August issue of British Cosmopolitan, on sale now. Also available in digital edition on the Apple Newsstand. 'Behind the scenes footage can be viewed at www.cosmopolitan.co.uk/rachel