by Stephanie Ashley Published on 28 January 2014 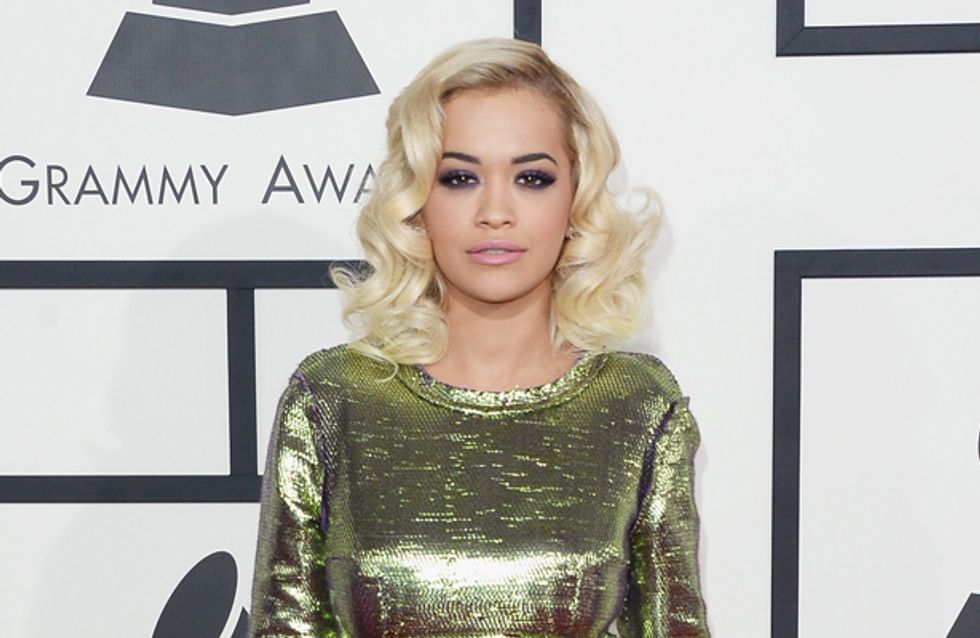 After Sons of Anarchy actor Charlie Hunnam backed out and left Fifty Shades of Grey without a front man, the film's release date was pushed back to Valentine’s Day 2015. While fans are biting their nails in anticipation, the cast and crew drop hint after hint that the film promises to be a sexy shocker.

Reporters caught up to British singer Rita Ora at the annual Roc Nation pre-Grammy brunch last Saturday, where she gushed about how amped she is for the new film. Rita has just completed principal photography for her role as little sister to sexy millionaire Christian Grey, who will now be played by former Calvin Klein model Jamie Dornan.

“Oh, I was nervous because it was the first time I ever did a movie with words,” Rita told reporters. The singer had a brief, silent role as a racer in Fast and Furious 6. “But it was so nice. The director Sam [Taylor-Johnson], she was incredible, so it was all love.”

While fans may be skeptical that the film will live up to the raunchy hotness of E.L. James’ best-selling books, Rita says the film promises to surprise.

“[The film is] gonna be the biggest and most amazing shock ever,” Rita says, and explained that she is “so excited” for its release.

Rita’s endorsement of the film’s “shocking” nature comes not long after producers came forward to praise the chemistry between Fifty Shades of Grey lead actors Jamie Dornan and Dakota Johnson.

The cast and crew are thrilled about the film’s progress, but fans will still have to wait a year before deciding if it lives up to all there steamy expectations.

As for Rita, she has been busy off the Fifty Shades set as well. The singer has been working on her sophomore album and says, “It comes out in a few months. It’s been about a year and a half of kind of doing it undercover, but I can officially say it’s done. The album’s gonna be great.”

Rita was even spotted at this weekend’s Grammy Awards cozying up to DJ Calvin Harris, who was nominated for two awards.

What do you think: is a year to long to wait for this steamy film? Tweet us @sofeminineUK.