The casting directors of new film Lost City of Z deserve to be lifted onto our shoulders and carried around in a joyous celebratory parade of gratitude for giving us not one, but TWO of our favourite famous fabulously good-looking men in the same film. Robert Pattinson and Benedict Cumberbatch have been cast together in the movie, and we are very, very excited.

​Keep calm Twihards and Cumberbitches - especially if you are both - as Robert Pattinson and Benedict Cumberbatch have been cast in the same movie. This is going to be one attractive film.

This miraculous movie, which is called Lost City of Z, is an adaptation of David Grann's book about Percy Fawcett, who mysteriously disappeared in the Amazon whilst searching for a lost city in the 1920s. So…they will be in the jungle? Where…where it’s hot and sweaty? Deep breaths.
​
The film is being directed by James Grey and is being made by Brad Pitt’s production company Plan B. Seriously, is there no shortage of good-looking men involved in this film?!

It’s good to hear that RPatz is focusing on his professional life a little more after being spotted hanging around with ex-girlfriend Kristen Stewart for the past couple of weeks.

Kristen is also busy with a new project as well, as she is apparently playing the role of Jesse Eisenberg’s girlfriend in indie rom-com American Ultra. It appears that their Twilight days of brooding and lip-biting are well behind the both of them!

As for Benedict, it’s getting almost impossible to keep track of his career as official reports state he will be in absolutely everything next year – kidding of course, but we wouldn’t complain, you can never get enough of those cheekbones!

He is currently starring in The Fifth Estate, 12 Years a Slave, The Hobbit: The Desolation of Smaug, August: Osage Country and The Imitation Game, not to mention a brand new third series of BBC hit Sherlock.

We don’t know about you, but we can’t wait for this sexy version of I’m A Celebrity...Get Me Out Of Here!

Would you watch Lost City Of Z? Tweet us @Sofeminineuk 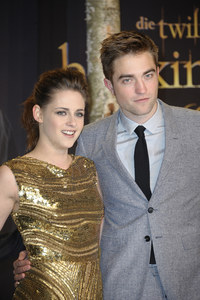