With a relationship saga as dramatic as their film franchise, Robert Pattinson and Kristen Stewart just don't seem to be able to quit each other. Despite breaking up with her in May and being spotted with other ladies Katy Perry and Riley Keough, sources report that he just can't move on.

Robert Pattinson is reportedly still in regular contact with ex-girlfriend Kristen Stewart and can't get over their break-up.

The pair split back in May after he reportedly couldn't handle the constant reminders of her indiscretions.

Having tried to move past the painful truth that Kristen had cheated on him with her director Rupert Sanders last year, Rob moved his things out of her house.

However it has been reported that the 27-year-old is still texting KStew and just can't find anyone who understands him like she did.

A source for Heat magazine said: "Rob contacted Kristen when things ended with Katy Perry and now they're texting regularly and speaking a couple of times a week."

He seemed to be having the time of his life, first linked to Katy then with Elvis' beautiful granddaughter Riley Keough.

The insider continued: "He was enjoying the single lifestyle, but no one gets him like Kristen.

Their chats have apparently led to them arranging to meet up when they are both in LA again later this month.

If this goes well they are also expected to appear together at the Teen Choice Awards in August.

Reps for Rob and Riley have denied that the two are dating and the source added: "If anything Rob's been hanging out with Riley because she reminds him of Kristen - they're just friends, Riley actually has a boyfriend."

With such an intense relationship it comes as no surprise that Rob's struggling to come to terms with the break-up.

Friends said: "He misses everyday things like taking their dogs to the beach - last time round, Rob thought he would spend the rest of his life with Kristen, so it was never going to be a totally easy break."

Despite putting on a brave face after the split Kristen, 24, would apparently, "take him back in a flash.

"She's tried to be upbeat about him being linked to different girls but it's been hard."

What do you think? Will they get back together AGAIN? Tweet us @sofeminineUK 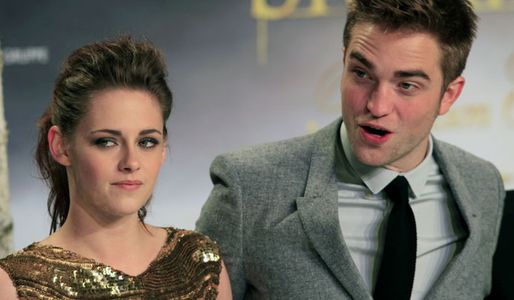