Once Joey Essex gets out of the jungle in I’m A Celebrity…Get Me Out Of Here, he might have a bit of lady drama to contend with. As while he’s been flirting up a storm with fellow jungle resident Amy Willerton, his former fiancée Sam Faiers is speaking out and declaring that the beauty queen is only after Joey because she thinks that the TOWIE star is popular.

In a move that’s very reminiscent of high school, Sam Faiers is declaring that her love rival is only after her former flame Joey Essex because he’s popular.

The Only Way Is Essex star has reportedly struggled with seeing her former fiancé flirting with beauty queen Amy Willerton on I’m A Celebrity.

Speaking on This Morning, Sam admitted: “If I’m completely honest I do think she might be playing up to it.

“Only because of how popular Joey is. He’s so popular in everything that he does.”

While the pair might be as thick as thieves on the ITV jungle reality show, Sam seems to be doubtful that their close relationship will continue in the outside world. 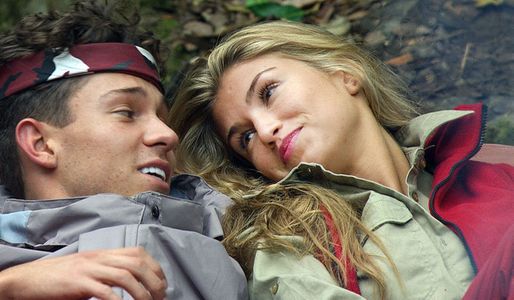 The 22-year-old was asked by hosts Eamonn and Ruth whether she thought there would ever be anything between Joey and Amy, and Sam insisted: "I don't think so."

Sam even went on to say that she thinks ITV bosses are probably upset that there hasn’t been bigger sparks between the pair.

“They probably thought it would go further, but Joey’s not really a ladies’ man,” the TOWIE star admitted.

Joey and Sam had previously been engaged, but the 23-year-old Essex boy had called it off in June saying that he wasn’t ready for such a serious commitment.

The Minnie’s Boutique owner clearly blames the pressure of being in front of the cameras for ruining her relationship with Joey.

She explained: “We always said if it wasn’t for the pressures of being on a TV show, we probably would still be together now.

“Obviously being on TOWIE you’ve got to play out your whole life and your relationship on a TV show so that is difficult.

“When I look back at it now I think we genuinely did and still do love each other.”

So does this mean Sam is going to try and reignite her relationship with Joey when he returns from the jungle? And what about his flirty friendship with Amy? Gosh this is like a reality TV version of high school!

Who do you think Joey is better suited to? Amy or Sam? Tweet us @sofeminineuk!​

by the editorial team
+
All the news about I'm A Celebrity...Get Me Out Of Here!