Selena Gomez opens up about "stress" of Justin Bieber relationship

Selena Gomez has spoken out about just how tricky life was as Justin Bieber's girlfriend. And she's talking about the days before he was peeing in mop buckets and swearing at photographs of presidents! Despite recent rumours, she also said that she's not back together with the singer.

Selena Gomez says her relationship with Justin Bieber wasn't easy from the start.

The Disney princess has spoken out about the difficulties she faced as one-half of the world's most high profile couple.

The 20-year-old admits she struggled with the attention from the teen heartthrob's fans.

She told Ryan Seacrest: “I’m sure you could actually see those pictures of me being way stressed about it.

“It’s hard because what do you do? Do you sit in your house and hide and not go anywhere?

“I was 18 when we started to date and you just have to be an 18-year-old and go through everything.”

In her E! interview, she assured people that she didn't resent any of Justin's obsessed fans.

Despite receiving a lot of abusive messages on Twitter, she explained: “I understand it. I was in love with Jesse McCartney when I was younger.

“I was 13 and he was my life, everything to me. And he was with Katie Cassidy and I was so upset.

“It’s obviously not nice and it’s not really a good feeling, but I get it.”

Asked if they are back together again, she said: “No, I’m not. I think I’m okay with being content right now.

“I think that’s what I’m happy with. And then whatever happens happens.”​

Justin, 19, posted a photo of the two of them together just a few weeks ago, sparking rumours they'd reunited yet again.

And it was reported that Selena may agree to take Justin back if he sorted his life out.

His bizarre behaviour of late has even got his twerking pal Miley Cyrus talking.

The 20-year-old told The Sun: “I told Justin to take a bit of time out and people aren’t so obsessed with you and nitpick.

“When you’re not around, all they want is your music. They want to see what the next thing is. But when your music is out they just want to talk s**t about you.

“When you’re a worldwide star, everyone sees everything.

"Lots of people make a video and put it on Instagram, some people might think it’s funny but because it’s Justin Bieber, it’s really bad.

“I always tell him just to be cool and not talk about it because when you talk it fuels the fire.

"He’s still stupid though. But everyone does dumb stuff when they are messed up, and he’s done dumb stuff.

“If it was your friend p***ing into a mop box then you would be laughing, but because it’s Justin Bieber, then it’s really bad.”

Would any of our friends pee in a mop bucket though, Miley?! That's the question.

Tweet us @sofeminineUK - should Selena just give Justin the boot for good? 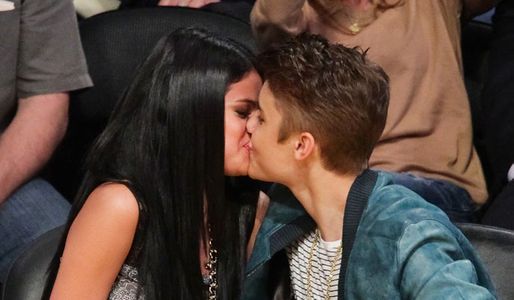