Sherlock To Return For A Fourth Season…But Not Until 2015!

It’s confirmed people! Benedict Cumberbatch will be back in his long coat and hipster scarf along with Martin Freeman for season four of Sherlock! Does this news qualify National street parties so we can celebrate? We think so!

We were all very concerned when Martin Freeman danced around the subject of a new season of Sherlock, saying: “it’s very hard to get these things together”. Basically, with Martin Freeman and Benedict Cumberbatch’s rise into insane success since series one of Sherlock, we weren’t sure that the pair would have the time to come back for another season.

It turns out we had nothing to worry about since it has been confirmed that the duo will be back for the traditional three long episodes AND a special. Did anybody else just get shivers of anticipation? Just us?

Don’t start hyperventilating just yet though, since they are only going to start filming in 2015, meaning that the episodes are most likely due to air in time for Christmas...NEXT YEAR. We hope everyone is looking forward to ANOTHER year and a half’s wait! 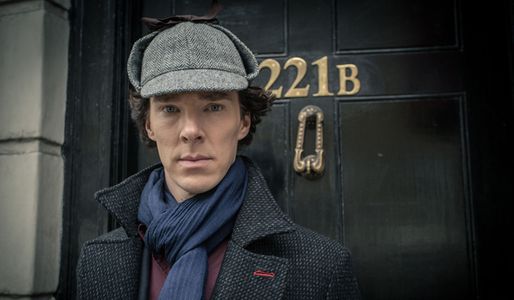 It looks like the episodes will be focused on Moriarty (we did miss him after all) as BBC One tweeted: “We’re ready to unleash the most shocking and surprising series of Sherlock yet. The only thing to expect is the unexpected.”

We’re also hoping this includes ‘the third Holmes brother’ briefly alluded to in the season three finale. Shall we begin placing bets on who will play him? Tom Hiddleston anyone? Could we even dare to dream that they’d cast Tom Hiddleston?!

Showrunner Steven Moffat naturally couldn’t help but join in with teasing us all, stating: “a special, plus a new series of three episodes – it’s a record-breaking run! Of course, it’s far too early to say what’s coming, but we’re reasonably confident that the very next thing to happen to Sherlock and John is the very last thing you’d expect…”

Cue the fan fiction! Are you excited for the next season? Tweet us @sofeminineUK