15 Weird And Wonderful Things You Never Knew About Sia

by Emmy Griffiths Published on 8 January 2015 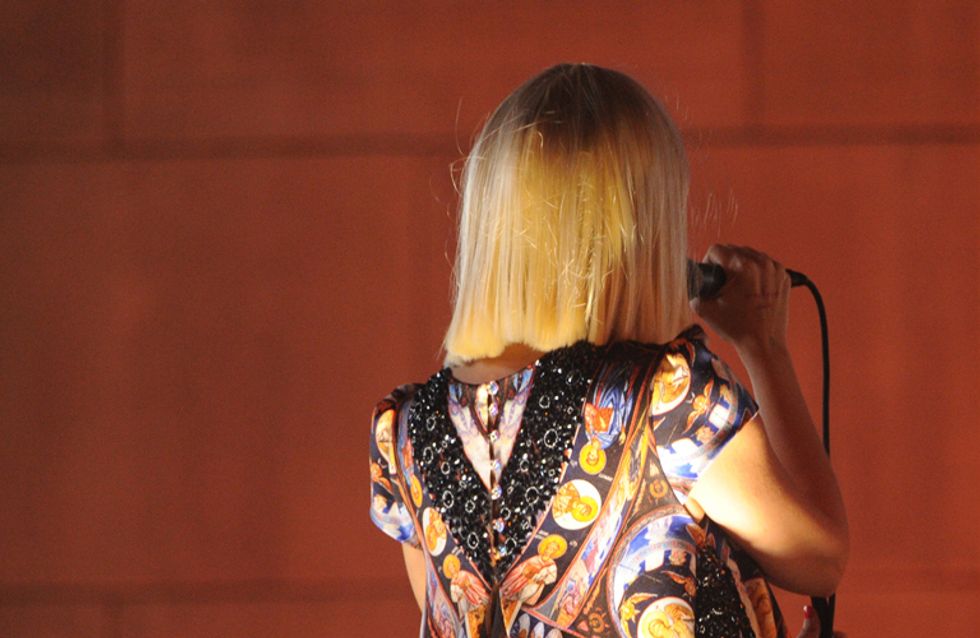 Since the music video to Sia’s Elastic Heart starring Shia LaBeouf and Maddie Ziegler (the 12-year-old who danced in the Chandelier music video) is all anyone is able to talk about at the moment, we wanted to look behind the scenes at the insanely talented musician who rarely shows her face. Here’s all you never knew about the elusive Sia…

She also wrote it in 14 minutes. Guys. It’s one of the best-selling singles of ALL TIME. 14 minutes.

She has Graves’ disease

It’s an autoimmune disease in which causes problems with the thyroid, which amongst other things can make your eyes bulge.

She's has an odd relationship with her father

In an interview with Howard Stern she said: “I do find him amusing. I think it’s the only way to function within the relationship. Growing up he had two very unique personalities. One was called Phil and one was called Stan… Phil was like the best dad ever… He was fun but he was eloquent and he was present and interesting and interested. When Stan came around stuff got scary.”

Rumour has it that the new music video for Elastic Heart focuses on this, however Sia claims it's based on herself, tweeting: "These two warring 'sia' self states."

She almost always hides her face to avoid fame

Check out what she has to say about it on the Graham Norton show:

She said: “Imagine the stereotypical highly opinionated completely uninformed mother-in-law character and apply it to every teenager with a computer in the entire world. Then add in all bored people, as well as people whose job it is to report on celebritires. Then, picture that creature, that force, criticising you for an hour straight once a day, every day, day after day.”

Maybe as a special treat for your body and animals and the world you can eat vegan/vegetarian today! 🙏🐶

She has a tragic past

Her boyfriend Dan moved to London in 1997, and as Sia was travelling to join him when she found out (on her stopover in Thailand) that he had died in a car accident.

She thinks God is gay and called 'Whatever Dude'

She said: “I believe in a higher power and it’s called ‘Whatever Dude’ and he’s a queer, surfing Santa that’s a bit like my grandpa, so yes.”

She said: “Sia is such a genius. The second I heard the song [Pretty Hurts] I’m like, I have to sing this song. I don’t care how hard I have to fight for the song, this is my song!”

Apparently Sia stalked her on Myspace before finally asking her out.

She appeared as herself on Home and Away in 1997

It’s a fact well known that every Australian star has to appear in Home and Away or Neighbours. It’s a rite of passage.

Our favourite part is when the newly wedded husband says: "That's Sia!" Promotion at it's finest!

She asked Maddie Zieglar to appear in Chandelier over Twitter

That is one Tweet we'd have LOVED to receive!

50 Photos Of The Evolution Of Christina Aguilera's Look