It’s only been a mere three months since George Clooney broke up with his long-term girlfriend, Stacy Keibler, but it doesn’t look like he's wasted any time when it comes to his love life. George has already been romantically linked with Croatian model Monika Jakisic!

George Clooney has a new lady to romance! The actor has been linked to former flame Monika Jakisic, who he’s been having an on-off fling with since 2004.

A source revealed to Us Weekly that the pair are apparently hooking up, with suspicions confirmed when an insider admitted they had a sleepover at his LA mansion on 25th September.

George Clooney And Amal Alamuddin Finally Get Hitched: Women Everywhere In Mourning
We hope you're wearing black veils and sobbing into your hankies girls, because the last bachelor George Clooney is officially off the market! The actor married his girlfriend, human rights lawyer Amal Alamuddin, at the weekend in a private ceremony in Venice. We're not jealous. We never would have wanted to marry George Clooney in Venice or anything. Nope. *Sob*

The source said: "They spent hours talking, and have an incredible connection."

This pair haven’t been able to resist each other since partying at London’s upmarket nightclub, Loulou’s, in May.

Although George was still with girlfriend Stacy Keibler at the time, it didn’t stop him from allegedly dancing and holding hands with the Croatian stunner. The insider claims that since then, they’ve kept in contact. 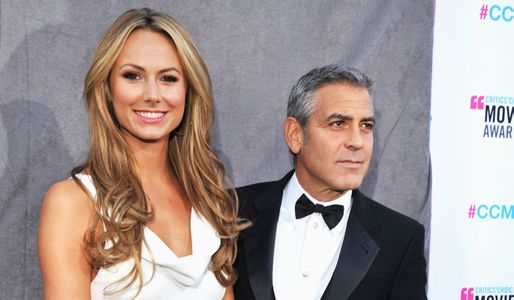 The source said: “They danced and held hands...he's been calling and texting her ever since."

George and Stacy were dating for two years and just when we thought the heartthrob was ready to settle down, the couple called it quits. And it was apparently down to George’s aloof attitude that things went so sour.

Sadly for Stacy, 33, her fantasy of marrying George and finding him committed was an improbable hope for their relationship.

So it’s not surprising the former WWE wrestler has also moved on...

Yep, Stacy and the CEO of Future Ads, Jared Pobre, were seen cosying up together in a Parisian restaurant this week and the pair couldn’t seem happier.

She posted on Twitter: "Love being in the city of love!"

The Supermarket Superstar host ended her long-distance relationship with George because the miles between them were an unchanging struggle.

Reports have claimed the couple were not intimate towards the end of their relationship, so a break-up was on the horizon for some time.

A source close to Stacy said: "They are both working and haven't seen each other...you can't have a relationship with someone that you don't see."

When will this heartbreaker ever settle down? Tweet us @sofeminineuk 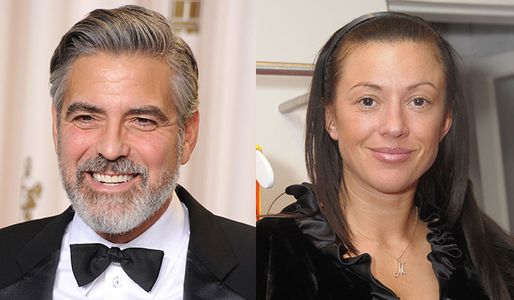