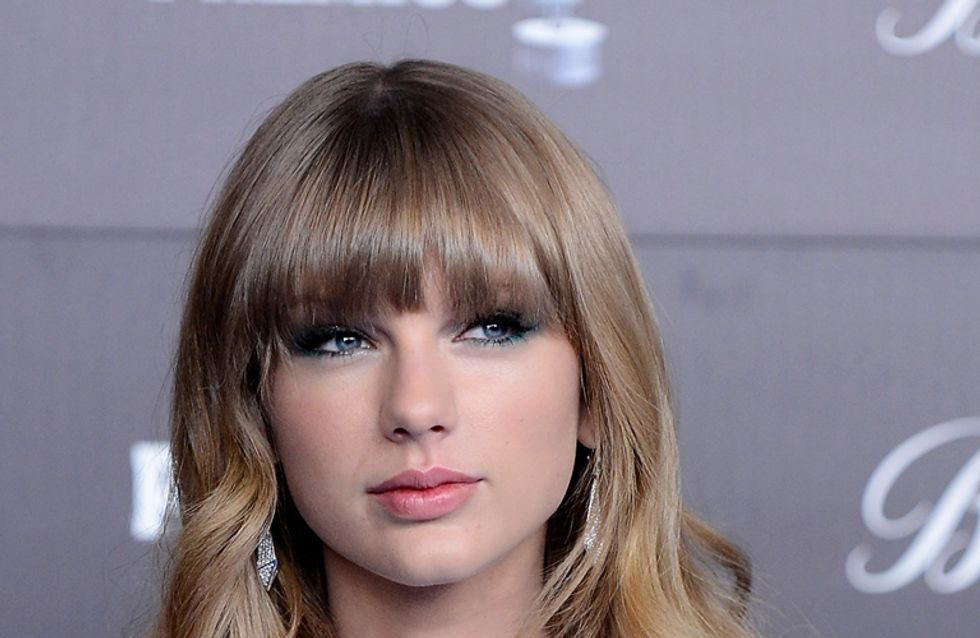 A downside to fame is dealing with the dangerous infatuations of obsessed fans. Through social media, stalkers can easily send off threatening tweets or rants of unrequited passion. Taylor Swift joined a long list of celebs who used the legal system to stop unhinged men and women from terrorizing their lives. Check out these eight stalkers - then update your privacy settings stat!

Yesterday Taylor Swift was happily granted a 3-year extension on her restraining order against Los Angeles stalker, Timothy Sweet. Perhaps swayed too much by her saccharine love songs, Sweet believed he was married to the popular country singer and vowed to harm anyone who stood in the way of their future. Ok, mate...

The order will remain in effect until 2017. Sweet can't contact Swift through social media or come within 100 yards of the star. Being famous comes with its perks, but geez, some fans just go way too far.

Unfortunately, the time in the mental hospital didn’t help. Soiu was recently in the news last year for violating an order of protection taken against him by an Ohio woman who received lengthy emails from the obsessed man. He'd also wait for hours outside her place of work. Yikes!

In 2010, the 24-year-old, Jason R Peyton, scratched I LOVE YOU JENNIFER ANISTON into the side of his car, hoping to catch the eye of the Friends actress as he drove around Sunset Boulevard looking for the star.

According to the court documents, he’d left a note for his parents informing them that he was traveling from Pennsylvania to Los Angeles. They were aware of his obsession and immediately notified the police. We’re glad they did because when he was eventually caught, a roll of duct tape, a bag, and a sharp object were found in his car. He was slapped with a three-year restraining order that required him to stay away from her, her home, and her cars. *Shudder.

There’s no other way to say it - Hoskins was deranged, and his longings for Madonna got him shot by her personal security in 1995 when he jumped the fence protecting her home in the Hollywood Hills. Thankfully the singer wasn’t at her residence at the time. Before the shooting, Hoskins had sent letters claiming he’d slit Madonna’s throat if she refused to marry him.

Hoskins was sentenced to ten years in prison. After serving his time, he was placed in a mental hospital in 2010 but managed to escape! Fortunately, he was found and returned to custody.

The 53-year-old Mark McLeod began stalking Miley Cyrus when she was still Hannah Montana. GROSS! He had first met her at a NYC-book signing and his obsession grew thereafter. After his first arrest, he claimed Cyrus was trying to send him affectionate messages through her Disney show and that the two were destined to be together. He was arrested again when he tried to break into the The Last Song movie set where she'd met her ex-fiance, Liam Hemsworth.

McLeod swore that the two were secretly engaged as well. Cyrus was successfully granted a restraining order.

Britney Spears requested a restraining order against Shizawa in 2003 when he had tracked her down and made several attempts to contact her. The man had called her and her parents and waited outside of her home on more than one occasion. He also sent her letters warning her that he was “chasing her.”

In a bizarre turn of events, Shizawa tried to sue Spears and her bodyguards in 2004 for “extreme emotional distress” after a heated standoff outside Spears’ home. The suit was immediately dismissed by a judge, thank goodness. Sadly, his last tweet in 2011 proved that Shizawa still tried to make grand overtures to the star long after the drama subsided:

In 2011 Brodnicki admitted that he made threatening comments about Selena Gomez, including wishing to kill the young singer because God told him to. So...this man is clearly struggling with mental illness, but Gomez still filed a restraining order against him.

She also tried to bring felony stalking charges against Brodnicki but the case was thrown out because his scary thoughts about Gomez didn’t exactly mean he was going to them out. Let’s hope the judge is right!

The tennis beauty went through a scary stalking experience when mentally-addled grifter, William Lepeska, swam across the Biscayne Bay to reach her house in Miami Beach. His terrible sense of direction worked in the star's favor. He wound up at the wrong house, stark naked, and was arrested. Months before his ill-conceived swim, Lepeska wrote Kournikova graphic emails about their future union. He was considered mentally unfit to go through a trial.

Looks like Selena can swap stalker stories with her on-off boyfriend, Justin. Bieber’s ordeal could certainly be a horror movie plot. In 2012, convicted murderer and rapist, Dana Martin, revealed that he was not only obsessed Bieber but he had ordered a murder plot against the troubled singer.

The man actually loves Bieber (he has a tattoo of the singer on his leg), but Martin was pissed at Bieber for not returning his letters. Ugh, Martin, don’t you know assistants answer fan mail anyway?!