The nineties. A time when bowl cuts were considered cool and you could never wear too much denim. Naturally our crushes were all stunners in their own hair gelled, tight-necklace-wearing, muscly kind of ways - but which were the few that have remained in our heads and hearts? What are our 90s crushes up to nowadays and more importantly, do they still count as eye candy?

PJ & Duncan! Was this the beginning of a universal love of bromances? They went from Byker Grove to Rumbling on Top of the Pops to Saturday morning host LEGENDS, and we loved them through it all! We never could decide which one was fitter.

Now: Well, Ant’s hairline may be a bit higher but the pair just received the Landmark award at the National Television Awards and it doesn’t look like they’ll ever be off our screens – thank heavens! 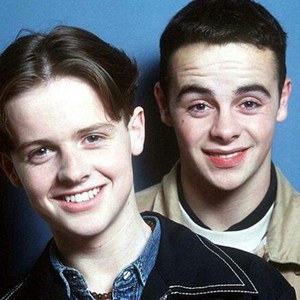 Adam Rickitt was such a heartthrob back in the day! He had everything the nineties could want for a typical hunk – the blonde locks, the effeminate features, the ripped bod. He also had no problem thrusting around in a glass box for our viewing pleasure.

Now: Adam Rickitt is part of the supergroup The 5th Story in the second series of The Big Reunion, and he’s doing quite well is he not? He still has the bod anyway!

Verdict: We're not sure he'll ever be interested in us.

Jack Ryder was Eastenders sexiest resident of all time! With his gelled blonde hair and petite features, what wasn’t there to love? He was basically the soap star version of Leonardo DiCaprio.

Now: Jack is divorced from current Coronation Street star Kym Marsh, and has gone behind the screens as the Associate Director for the stage play The Full Monty.

Verdict: We're not lying, we'd like to see him on stage for The Full Monty. 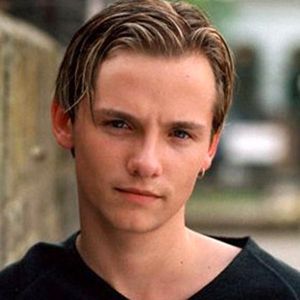 Now: Leo’s sort of gone rugged now and his face shape has pretty much totally morphed. But he’s still one of the biggest movie stars on the planet. Just needs an Oscar now, right Leo?!

Anyone who watched Back to the Future and saw Michael J Fox’s guitar solo knows that he was where it was at back in the day. What we’d have given to hitch a ride on that boy’s skateboard.

Now: Although he was diagnosed with Parkinsons in the 90s, he has continued with his acting career and is now headlining a new sitcom, The Michael J. Fox Show.

Verdict: Dreamy and small enough to fit in your handbag, we're still fans. 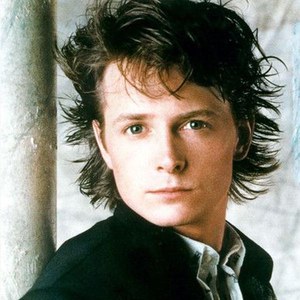 You were Team Brandon right? RIGHT? On Beverly Hills 90210 Jason was the likeable, moral centre of the gang and we could forgive his gambling and drinking problems because look at him!

Now: 44-year-old Jason is keeping appearances up, and made guest appearances on How I Met Your Mother and CSI: Crime Scene Investigation last year. He now has a sort of stubbled, mature look going on. And we like. 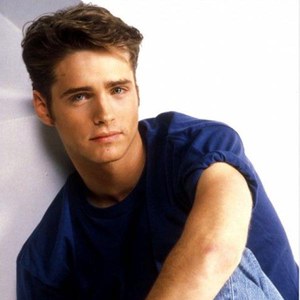 Oh Zack from Saved By the Bell. With his high tops, brick phone and effortless leadership skills, we were all utterly in love with Zack. Unless you preferred Slater, in which you have no place here.

Now: Erm, well, there’s still a twinkle in his eye! Mark-Paul is currently playing Bash in Franklin and Bash, an American comedy-drama about unconventional lawyers. Never heard of it? Us either. 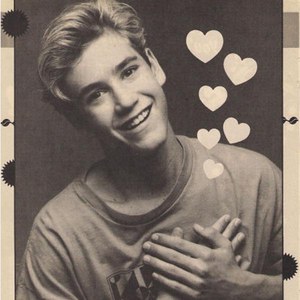 Remember how amazing Hocus Pocus was?! This was mostly due to Sean Murray’s short but memorable appearance as medieval villager Thackery Binx who tries to save his sister from the three evil witches. Before he was turned into a cat forever, he was looking good in that baggy white shirt. V. Colin Firth.

Now: Sean is starring in NCIS as the timid yet loveable McGee. He’d definitely be friendzoned nowadays though. Sorry not sorry.

Verdict: We're over this one. 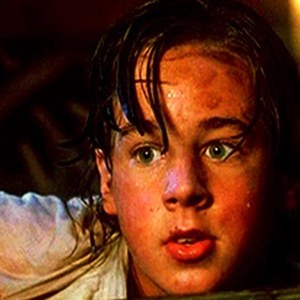 Wow. Back in the NSync, Britney Spears-is-my-girrrrl phase of Justin Timberlake’s life, that boy rocked a lot of controversial looks. Why did we fall so hard for his silver curls and tinted glasses? Were we all just fools in love?

Now: Justin Timberlake’s found where he belongs – namely in a suit and tie – and we’ll thank him never to stray again.

Verdict: As long as he stays away from the curlers we'll always have a place in our hearts for the Trousersnake. 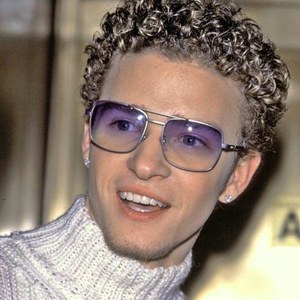 We have been swooning over David Boreanaz ever since he appeared on Buffy the Vampire Slayer as the brooding tortured soul Angel. Forget Edward Cullen, Angel will always be the vampire for us.

Now: Good heavens. It looks like David is just getting better with age! He is now playing the hunky Seeley Booth in the hit TV show Bones, and although we miss the Angel-angst, it’s nice to see David smile! 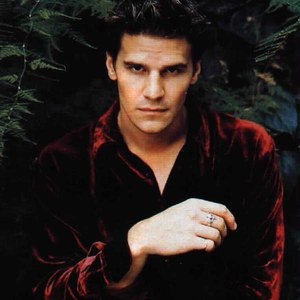 Freddie Prince Jr. Yes. Even his name sounds amazing, doesn’t it? He was the main hot guy in She’s All That, and for some reason his cocky yet charming persona totally worked on us.

Now: He’s happily married to Buffy star Sarah Michelle Geller and they have a daughter, Charlotte Grace and a son, Rocky James.

Verdict: These days we've got bigger fish to fry.

J was definitely the coolest of the band Five. The man could rap and he had an eyebrow piercing. AKA the epitome of 90's and 00's awesome.

Now: We’re little worried about J. He and the rest of Five joined The Big Reunion in the hopes of reviving the band, but J backed out, claiming he didn’t want to be in the public eye anymore. But…but J…let’s not be rash!

Verdict: We're gonna have to let him go. 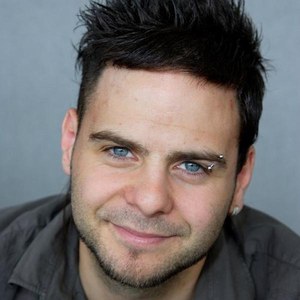 Back in the day when Gary Barlow had a bit of puppy fat, Robbie Williams was rocking some major sideburns and the others were…well…singing back up, Jason Orange was the chiselled, sexy one of Take That.

Now: Take That is still going strong, and so is the Orange. All is well in the world.

Verdict: He's never quite got the hang of facial hair has he? 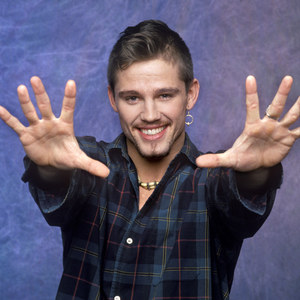 Wow, who is that guy frolicking in a tropical paradise checking out all the honeys as he splashes in the clear blue sea? Oh, it’s Peter Andre! What a babe with his open denim shirt and necklace.

Harvey Kinkle (played by Nate Richert) was the ULTIMATE boyfriend in Sabrina the Teenage Witch. Well, until he drumps her when he finds out she’s a witch, which is not cool. He comes back in the end though doesn’t he, and the two live happily ever after!

Verdict: Sometimes it's not good to remember. 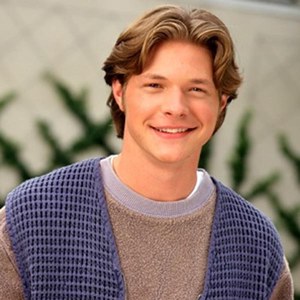 Shane West circa A Walk to Remember anyone?! The recurring theme of bad boy going good to impress her girl was definitely rife back in the day, and none did it so well as one of the first Nicholas Sparks adaptations!

Verdict: We're fans. There. We said it.

Heath Ledger appeared in Ten Things I Hate About You as the bad boy had to be the greatest moment of our teen years, right? Especially when he sings on the bleachers in order to woo the lovely Kat. Ah man, what a film. What a decade!

The Backstreet Boys were THE ultimate nineties boy band is so many ways and Nick Carter had to be the best one of the bunch, right? Not everyone can sing sexily whilst rocking a bowl cut to a camera, but he pulled it off so well. No wonder a generation fell in love!

Now: Carter had some pretty serious drug and alcohol problems, but he's turned it all around now. His memoir, Facing the Music & Living to talk about it, came out last year.

Verdict: Hello Nick. We kinda want him to be our date next time we play Dreamphone. 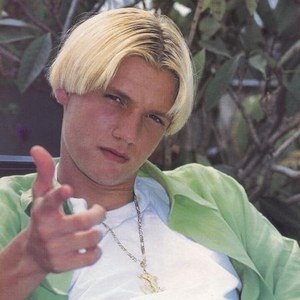 Whatever happened to Josh Hartnett? At one point he was the hot one in so many movies – Halloween H20: 20 Years Later, The Virgin Suicides, PEARL HARBOR. Oh Pearl-Harbor-era-Josh-Harnett. We miss you so much.

Now: Josh Harnett turned down the role of Superman, and has said to fame: “I know that it’s like to be in that whole world. I was up there for a couple of years, and it was uncomfortable. I think trying to stay at the top is a shortcut to unhappiness.” Fair enough Harnett. But please do a Hallowen H20 sequel.

Verdict: We're ready whenever he wants to make a comeback. 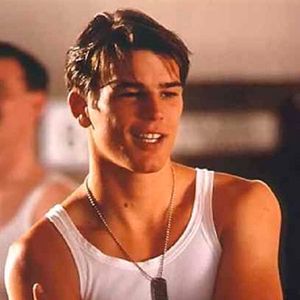