by Emmy Griffiths Published on 10 February 2014 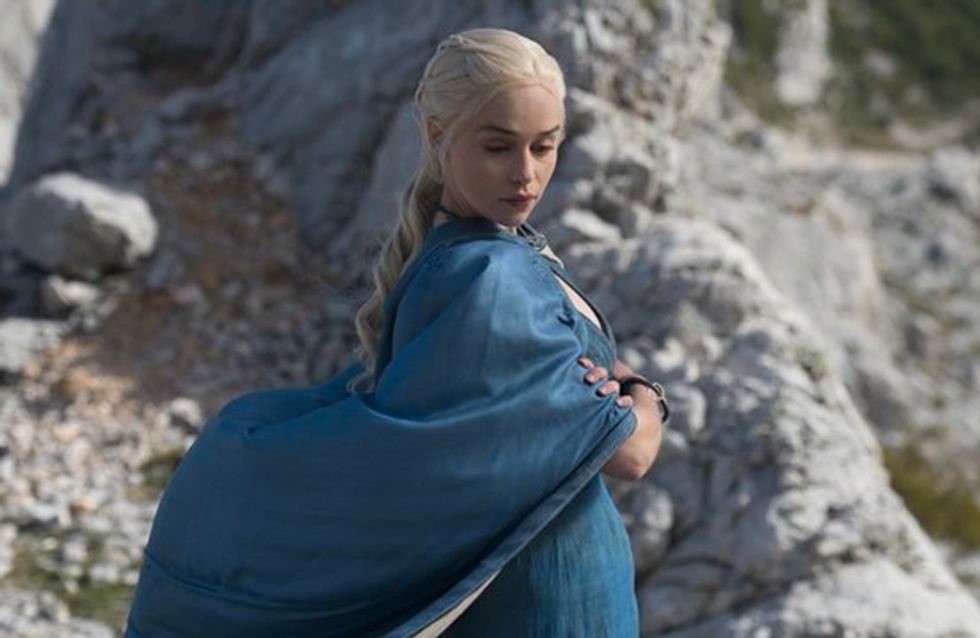 The best part of the incredibly popular fantasy TV show Game of Thrones is that the female characters are amazing. They are thoroughly complex, interesting characters who take the lead as much as the men, if not more. In short they're the kind of people we’d like to be if we lived in Westeros and were at war and things were sort of terrible. But who are our favourite awesome, smart, courageous, witty and no-nonsense women of the series?

In order to troll her brother who hasn’t seen her in a long time, Yara lets Theon stick his hand down her trousers before interrupting his reunion with their father with news that she has basically become the son Theon should have been. She commands armies, she’s not especially nice and she always gets the last word with her brother. We like Yara. Yes to Yara.

Shae loves Tyrion, and she’s not afraid to fight for what she believes in, most notably refusing to take any of Tyrion’s BS regarding, you know, his child wife. Even if she is a bit whiney, she is seriously smart and can handle herself in the tennis match that is King’s Landing.

Wait! Don’t begin furiously typing a complaint comment just yet - let us explain! We think that Sansa Stark - though she cries, is girly, likes lemon cakes and let herself get married to a member of her house’s enemy (we luf you, Tyrion) - is probably one of the strongest women out of the lot. Playing stupid whilst a hostage surrounded by those who would have you murdered must be difficult, but she never falters. What a girl!

Cersei is definitive proof that the women of the series do not take anything lying down. We may love to hate her, but it can’t be said that she isn’t an amazing woman. She fights for her power, she fights against one brother (and does quite the opposite with her other brother, wink wink), she fights for her children and she plays the game of thrones as well as the next person. She beat Ned easily enough, didn’t she?

Eeeeeevil! She’s eeeevil! Melisandre gives birth to little smoke babies and tries to sacrifice our favourite characters (leave Gendry ALONE) and manipulates Stannis Baratheon with her religion and she’s just, plain eeeevil. She’s done extremely well using her mysterious smarts so far. We’re not sure how enthusiastic we are about this…

Margaery Tyrell just does not give one singular care in the world about what it takes for her to become the Queen. Just so long as she does become the Queen. If that means taking control of Joffrey, painting herself as the Princess Diana of Westeros and lying her ass off, so be it. There’s a lot more going on behind that smug smirk of hers!

Arya didn’t choose the thug life. Thug life chose her. Though she probably would have eventually chosen it. Arya was never going to live out her days as a Lady of Winterfell, seeing as she prefers sword fighting and teaching her direwolf how to pack suitcases, and we are more than okay with that.

Ygritte knows everything and her (brief) boyfriend Jon Snow knows nothing, as she repeatedly tells him. She’s brave - pretty much shouting at him to lop her head off and she laughs at him for being nervous about climbing an immense ice wall. Yep, Jon Snow is definitely the wimp in this relationship.

What can you say about Brienne that is coherent and not just a row of love heart and smiley emoticons? Like a grown-up Arya, Brienne isn’t a Lady - she’s a Knight - and she’ll protect her honour and do her duty and kill anyone who gets in her way. Applause.

You didn’t think we were going to miss her out, did you? Daenerys Targaryen went from timid Khaleesi to a fully-fledged Empress of sass and breaker of chains etc. She has arguably the strongest claim in this old game of thrones that we all play, and we will root for her and her dragons until the bitter end. More than any smelly boy. Especially Stannis.

Did we miss out your favourite GoT girl? Tweet us @sofeminineUK