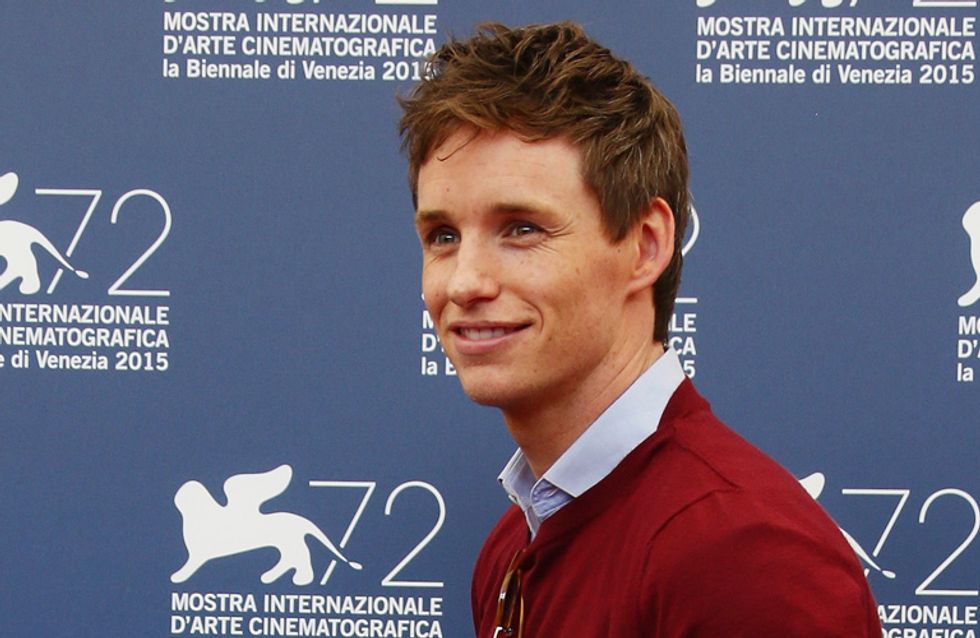 The moment we heard that Eddie Redmayne was cast as Newt Scamander in Fantastic Beasts and Where to Find Them as a magizoologist, we knew he would be PERFECT. Now the first image of the Oscar-winner in action has been released by Entertainment Weekly, he looks every bit the part of the 1920s Hufflepuff wizard, and it's made us that bit more excited for the prequel to come out already...

Eddie Redmayne has been our dream man for a while now, so it was just the cherry on the cake when we found out he would be leading the Harry Potter prequel, Fantastic Beasts and Where to Find Them (and that he'd be a Hufflepuff! Badgers represent).

In the first look at the handsome wizard, Eddie as Newt is dressed up to the nines in tweed trousers, a mustard waistcoat and a frock coat and a bow tie. Just throwing it out there, but does anyone think that he kind of looks like the twelfth Doctor Who? Either way, it is a GOOD LOOK.

He also appears to be holding a briefcase and wand but there are still so many questions. What's in the briefcase? What is in that wand's core?!

The film has thus far been very mysterious, and all we really know is that it will be set in New York City in 1926 and is loosely based on the textbook of magical creatures Harry Potter and his friends used at Hogwarts.

What do you think of Eddie's look? Tweet us @sofeminineUK!

Watch 100 Years Of Male Beauty Trends In Under Two Minutes

The New Harry Potter Play Will Be About His Son, Albus Severus