The New Harry Potter Play Is Officially A Sequel And Will Be About Harry's Son, Albus Severus

by Emmy Griffiths Published on 23 October 2015 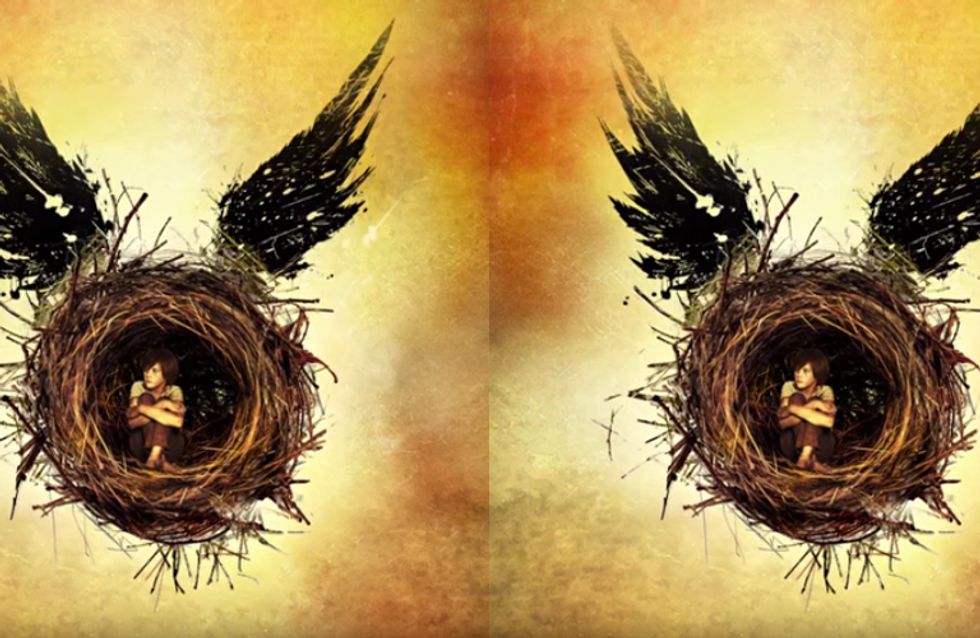 We all lost our Pothead minds when it was announced that a Harry Potter play will be coming out in the West End called 'Harry Potter and the Cursed Child.' Now we have official artwork AND a synopsis for the show, and it sounds AMAZING. Get ready everyone because Hogwarts is about to welcome us home!

According to The Cursed Child's site, the play with be split into two parts and is officially the eighth story in the series.

YUP. WE'RE GETTING A LEGITIMATE SEQUEL.

The site reads: "It was always difficult being Harry Potter and it isn’t much easier now that he is an overworked employee of the Ministry of Magic, a husband and father of three school-age children."

"While Harry grapples with a past that refuses to stay where it belongs, his youngest son Albus must struggle with the weight of a family legacy he never wanted. As past and present fuse ominously, both father and son learn the uncomfortable truth: sometimes, darkness comes from unexpected places."

The Producer Sonia Friedman also confirmed that the play will follow the events of the epilogue, telling The Daily Mail: "it’s safe to say that The Cursed Child picks up from where The Deathly Hallows ended", and the tagline reads: "The Eighth Story. Nineteen Years Later."

The artwork for the play has also been revealed, and naturally it is a gif/magical moving picture of what looks like Albus in a winged nest (weird, we know).

The official artwork for ‘Harry Potter and the Cursed Child’ has been revealed on pottermore.com

The play won't be an insanely lavish production with explosions and flying broomsticks, but will focus on storytelling instead. Friedman said: "Because it’s a play, it’s worth stressing that at this stage of the process it’s not our intention to have a high-tech show, but to go back to basic story telling."

The tickets will go on sale next week and we are planning to sell our first born for a ticket! Are you excited? Tweet us @sofeminineUK!