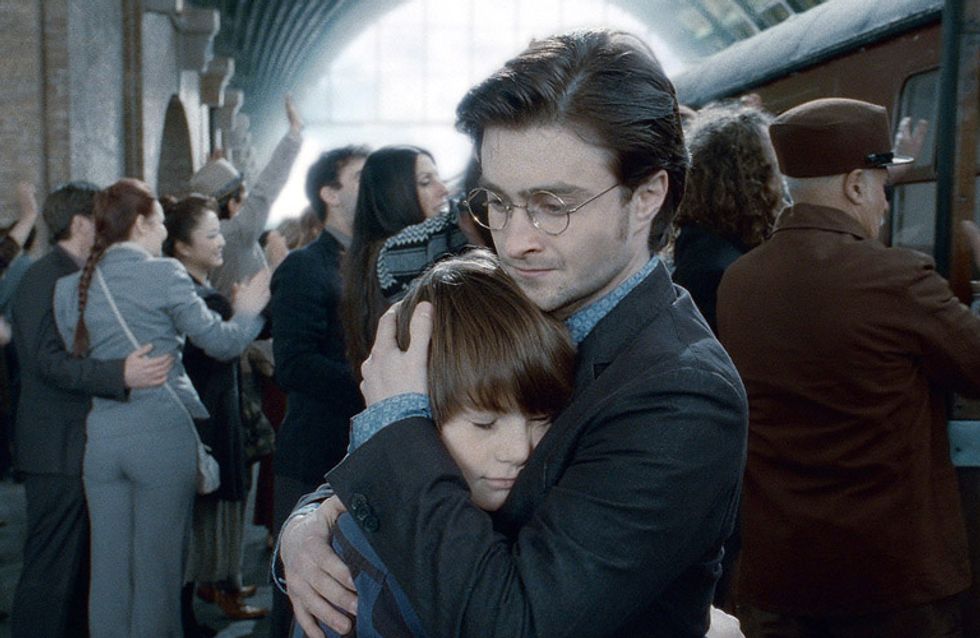 Since JK Rowling is releasing a new short story about cruel cat lady Dolores Umbridge on Halloween, we are more excited than Winky with a bottle of Butterbeer to think of the new gems we will learn about the HP universe by Friday! This isn't the first time JK has given us information on characters since the series finished though! Here's what else we learned after the series was over and done with...

When JK Rowling was answering questions at the Carnegie Hall as part of her US book tour, someone asked if Dumbledore ever found true love.

Rowling replied: "My truthful answer to you...I always thought of Dumbledore as gay. Dumbledore fell in love with Grindelwald, and that added to his horror when Grindelwald showed himself to be what he was.

"To an extent, do we say it excused Dumbledore a little more because falling in love can blind us to an extent, but he met someone as brilliant as he was and, rather like Bellatrix, he was very drawn to this brilliant person and horribly, terribly let down by him."

Lupin was bitten after his father insulted Fenrir Greyback

Remus Lupin was bitten after his good old dad, in a moment of anger, described werewolves in front of Fenrir Greyback as: “soulless, evil, deserving nothing but death." In retaliation, the werewolf proceeded to turn five-year-old Remus, to the guilt of his father. Sniff.

Dudley and Harry still saw each other on occasion

Despite being neglected and used as Dudley's punching bag for most of his childhood, Harry and Dudley stay in contact. JK said: “Harry and Dudley would still see each other enough to be on Christmas card terms, but they would visit more out of a sense of duty and sit in silence so that their children could see their cousins.”

After working as an Auror with Harry for a couple of years, Ron then went off to help George with his joke shop, Weasley's Wizard Wheezes which apparently became a 'moneyspinner.' Basically, it sounds like the Weasley family finally got into some money!

Hermione works in the Dept. of Magical Law Enforcement

After being the only one of the trio to go back to Hogwarts and finish her studies, Hermione began to work at the Ministry, ending up in the Magical Law where she played a huge part in changing house elf rights. Girl finally took SPEW further!

Dumbledore’s Boggart is his sister’s corpse

Aw Dumbledore. Poor Ariana. This made us sad.

He even headed up the entire department, as well he should have!

JK Rowling took to her fan site Pottermore to report on the Quidditch World Cup as Ginny Weasley. Love.

Who hopefully didn't die on her after taking part in a stupid and highly dangerous tournament. Ouch...too soon?

Neville is married to Hannah Abbott and enjoys a drink

Rowling said: “To make [Neville] extra cool he marries the woman who becomes, eventually, the new landlady at The Leaky Cauldron, which I think would make him very cool among the students, that he lives above the pub. He marries Hannah Abott.”

Rita Skeeter's Pottermore gossip column elaborates: “Idle gossip suggests that she and her husband both enjoy a little more Ogden’s Old Firewhisky than most of us would expect from custodians of our children.”

Dolores Umbridge was thrown in jail

James Potter and Vernon Dursley did NOT get along

Each meeting ended in tears, with Vernon calling James "some kind of amateur magician" at his wedding.

Harry, Ron and Hermione all get onto chocolate frog cards

Ron describes it as his finest hour.

Minerva McGonagall fell in love with a muggle

"It was the first and only time in Minerva McGonagall’s life that she might have been said to lose her head. Dougal McGregor was the handsome, clever and funny son of a local farmer...Minerva was clever and witty. Dougal and Minerva shared a sense of humour, argued fiercely, and suspected mysterious depths in each other. Before either of them knew it, Dougal was on one knee in a ploughed field, proposing, and Minerva was accepting him."

However, she leaves him when she realises she can never tell him she's a witch. It's actually ridiculously tragic. WHY ARE YOU STILL HURTING US IN THIS WAY JK?!

In Rita Skeeter's gossip column, she wrote: "The Potter family and the rest of Dumbledore's Army have been given accommodation in the VIP section of the campsite, which is protected by heavy charms and patrolled by Security Warlocks. Their presence has ensured large crowds along the cordoned area, all hoping for a glimpse of their heroes."

“I’ve got a feeling [Harry] didn’t give [the Marauder’s Map] to any of them, but that James sneaked it out of his father’s desk one day.”

Of course he did.

Harry’s going grey and still wears his little round specs

Which as Rita says: “He continues to wear the distinctive round glasses that some might say are better suited to a style-deficient twelve-year-old.”

So what will we discover about Umbridge? Tweet us your thoughts @sofeminineUK!

H/T to here, here and here for sources!