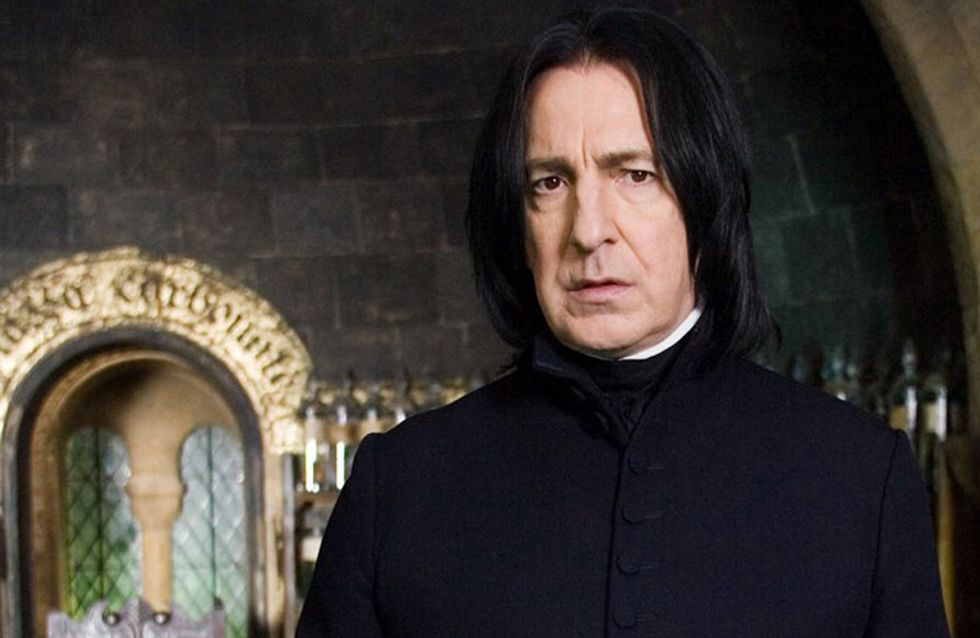 Snape will always be universally adored. Probably on account of his fabulous hair and bitchin' dress sense but mostly due to his complete and utter sass on all subjects (except with Lily of course, but let’s not go there right now). We were devastated to hear that the amazing Alan Rickman who portrayed Snape in the Harry Potter series has died aged 69, and since we will always remember him as the most interesting character in HP, here are some of our favourite quotes by Severus Snape.

Snape is the best character in Harry Potter, mostly on account of his sensational one liners.

Here are our top 16 all time favourite Snape quotes...

1. He knows how to make his screen time last

2. He knows when someone needs to get a GRIP

3. He didn't just insult Harry, but pretty much anyone who wasn't in Slytherin

4. He knows what page you will turn to

5. His was THE biggest reveal. Ever.

8. He knows how to preach

9. He always knows how to throw shade at Harry

"That is a very serious accusation, Potter."

10. He knows how to enunciate

11. He knows how to mess with Lupin

12. He's not a sentimental man

"The whole class looked around at Harry, who hastily tried to recall what Dumbledore had told him the night that they had gone to visit Slughorn. 'Er — well — ghosts are transparent —' he said."

14. He can make one word last approximately twenty minutes

"You applied first for the Defense Against the Dark Arts post, is that correct?"

"But you were unsuccessful?"

15. He really couldn't give a singular sh*t about anything

16. Except for one person, obviously.

"Lily? After all this time?"

So we're in agreement that Snape's perfect in every way, yes?

287 shares
For all the best videos, memes and shareable news!