The Internet's Funniest Reactions To Solange's Attack On Jay-Z 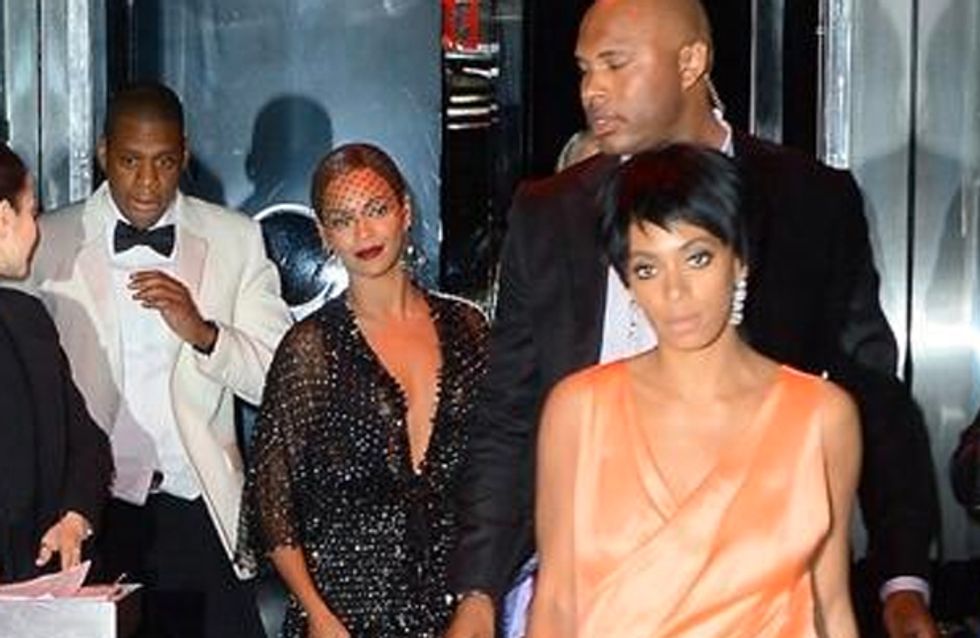 Shocking footage of Beyonce’s sister Solange aggressively attacking Jay-Z in an elevator hit the Internet yesterday. Since it was surprising to say the least, it wasn't too long before the Internet had their say (let's face it - we had a field day with it). Some of these jokes are actually amazing. Bravo Internet, bravo.

The shocking CCTV footage below shows Beyonce's sister Solange viciously attacking Jay-Z, and naturally everyone has something to say about it.

First of all, Wikipedia was edited

These memes are so funny. The internet = happiness #WhatJayZSaidToSolange pic.twitter.com/2ZJBRlcTGR

As was Solange’s career

#WhatJayZSaidToSolange Solange: You think I'll ever be as talented as my sister? Jay: pic.twitter.com/dX3GSnaGdl

so who else thinks this is the most famous #Solange will ever be ? pic.twitter.com/eJEBKLYs8v

Beyonce’s lack of intervention was questioned

So they finally found the audio of what Jay Z said in the elevator? Lmaoo 😂😂😭 #WhatJayZSaidToSolange http://t.co/dzTm4pvCbb

#WhatJayZSaidToSolange the fact I read this in Beyonce's voice makes me laugh harder 😭😭 pic.twitter.com/Re26hU5Ryt

Movie posters were made

#WhatJayZSaidToSolange Solange: What floor J: The same as your career, ground floor... pic.twitter.com/McQPMFv6f8

Some tried to turn it into a great marketing opportunity

Meanwhile, in the land of Kanye...

Jay Z gets attacked by Solange... Meanwhile Kanye West be like... #WhatJayZSaidToSolange pic.twitter.com/vR8efhz0L5"

What do you think the pair were fighting about? Tweet us @sofeminineUK