The Master Could Be In The New Doctor Who Series: Villains That Should NOT Make A Comeback

by Emmy Griffiths Published on 28 March 2014 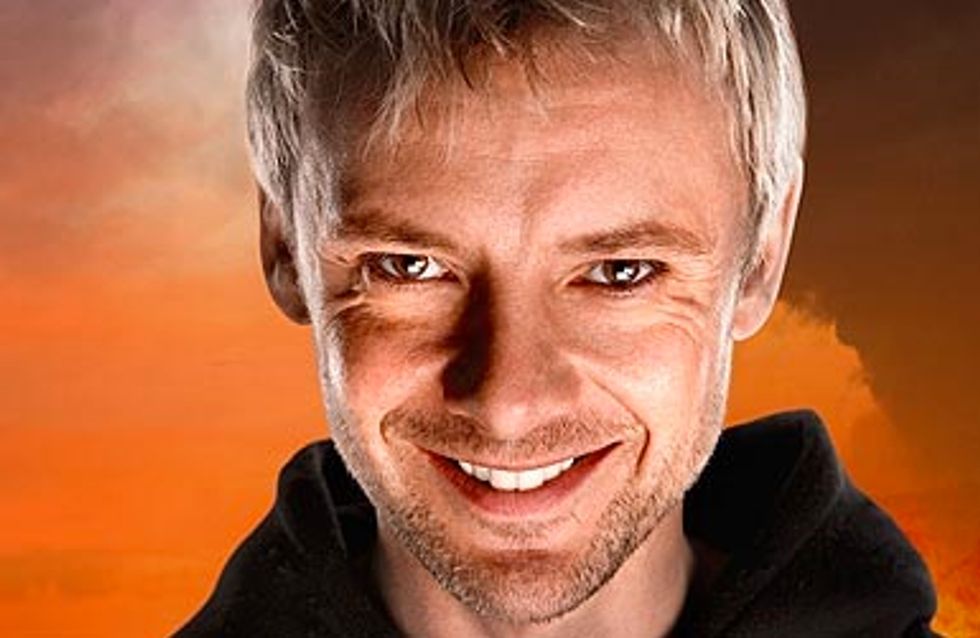 Ever since we heard Doctor Who might be bringing back an old favourite villain, The Master, we have gone into a YouTube frenzy rewatching our old favourite monsters we would love to see make a comeback. Since the reboot of 2005 we have seen some amazing villains be brought back time and time again like the Daleks, The Silence and The Weeping Angels, but unfortunately not all of the villains were quite as ingenious. In fact, we have come up with the worst Doctor Who monsters of all time.

If anyone is thinking about writing these characters in for a comeback, they should stop. Right now.

Abzorbaloffs liked to absorb people by touching them, and after they were sucked up by this slimy green monster you could see his victims faces in his body. Let’s call a spade a spade: this monster - played by Peter Kay complete with a Bolton accent - was rubbish.

The Saturnynes were basically walking, talking fish that tried to keep their race from extinction by converting human Venetians into Saturnynes, and eating them if they resisted. We thought they were vampires for the first half of the episode, so this revelation was a bit of a damp squid (pun intended). We’re pretty sure they’re not coming back though since they’re effectively extinct. Phew!

Appearance: The Vampires in Venice

The Empress of the Racnoss

Giant half-human red spider with three pairs of eyes might sound terrifying, but this definitely wasn’t our favourite villain. What's more the Webstar spaceship that blew up half of London looked like a big Christmas ornament and was distinctly unimpressive as well.

We’ve got to say though; we did get chills when the Doctor uncharacteristically killed the monster off. Brutal.

Grandfather was a big parasitic sun god thing that enjoyed sucking the memories out of the people who worshipped him.

The concept was good and hey, the Doctor’s speech when sacrificing himself was one of his finest ever (how much are you going to miss Matt Smith’s twenty minute monologues?!) but since it was basically a sun with a crude looking face, we weren’t impressed.

Reapers were huge winged creatures who searched for temporal paradoxes and would be drawn in if the balance of time was messed up. Since they’ve only shown up ONCE in an episode despite the fact that the Doctor creates time paradoxes at least once a series, we’re less than impressed with this monster’s sheer laziness. It’s either that or the writers’ lack of respect for continuity. You choose.

They’re plastic and they’re going to kill you! Seriously, they chose these guys for the first episode of the reboot? Plastic shop dummies with guns coming out of their hands? Just no. We think it’s fair to say that Doctor Who has definitely evolved since then, and bringing them back for Pandorica Opens wasn’t terrible, but that’s enough. No more.

Appearance: Smith and Jones, The Stolen Earth, The End of Time, The Pandorica Opens, A Good Man Goes to War, The God Complex.

Since the three sisters were trapped by the tenth Doctor and put on a shelf in the TARDIS, it leaves their return wide open. We’re not sure their characters would work too well out of the context of Shakespearian London.

For the love of all that is good don’t bring these weird, gassy, generally moronic monsters back. We will pay the BBC to never bring these back. The only good thing to come out of these episodes is that we know all know how to say Raxacoricofallapatorius. It's the small things in life...

Unlike the TV show, The Wire of Doctor Who was just the absolute worst. As a television signal in the 1950s who stole people’s faces (including Rose, not cool), the Wire planned to take over millions of people when they turned in for the Queen’s coronation day. Let’s face it, this villain was kind of dull.

On the other hand, these guys are more than welcome to make a comeback...

These scaled green people who live under the Earth’s surface but want to co-exist with humans were pretty awesome bad guys. Even though good old Madam Vestra is a Silurian and a total babe, we’d definitely welcome back the militant ones who just want to kill everyone. At least they posed an actual threat! They even killed Rory (although he came back, obviously).

The Flesh messed with your head big time. As Doppelgangers to their human operators, it was tricky to work out who was who, that is until you see the Flesh for what they really are. Honestly, you don’t need over-the-top monsters when you have people that look like waxwork models trying to kill you. Shudder.

Appearance: The Rebel Flesh, The Almost People, A Good Man Goes to War

The Dream Lord was a manifestation of the worst parts of the Doctor’s character, basically making him a sarcastic, sadistic, selfish d***head. It would be so cool if he came back to wreak havoc, especially as a manifestation of Peter Capaldi’s Doctor, who is already supposed to be much darker than Matt Smith and David Tennant, making the Dream Lord (probably) even worse. We are all over this idea!

A warrior race who controlled a third of Britain with mind control, these lot are pretty formidable and we’d love to see them up front and centre again!

The Creature from Midnight

In Midnight, the group of people stranded and unable to leave a vehicle are plagued by a unnamed, unseen malice that possesses one of the passengers, who begins speaking in sync with everyone before finally talking over the Doctor’s voice. It was horrible because we never found out quite what is, and we reckon there’s definitely room for it to make a comeback.