We were never too sure how we felt about Eva Mendes and Ryan Gosling’s relationship. Sure, Eva is gorgeous and the two were together for two years so they must have been pretty loved up, but whether it was because we thought Ryan and his The Notebook costar Rachel McAdams were made for each other, or simply because we just wanted him for ourselves, we weren’t too heartbroken to hear that the pair split up over Christmas. So what was the straw that broke the camels back?

It has been revealed that Ryan Gosling and Eva Mendes parted ways over Christmas after their two-year relationship, and apparently the reason is because Eva wants fame more than family. Ouch.

According to InTouch, the break up was due to their clashing lifestyles. It sounds like Ryan Gosling prefers snuggling up on the sofa to partying, whilst Eva loves a Hollywood shindig. A source revealed: “Eva loves Hollywood, the parties, the glamour. She loves going out. [But Ryan is] introverted – very serious and a total homebody.”

Have Eva Mendes and Ryan Gosling broken up?!
Oh my God guys. Ryan Gosling might be a single man again. This means that once again WE ALL COULD HAVE A CHANCE WITH HIM! Apparently he and his girlfriend, Eva Mendes, are taking some time out from their relationship. Did anyone want this for Christmas? Perhaps dreams do come true when you wish upon a star! 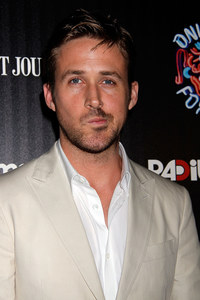 It sounds like the 39-year-old wasn’t ready for the next step, as the source continued: “They knew it was time to take the next step and get married. But neither was sure they wanted that to happen.”

The actress definitely wasn’t ready for motherhood either, as she has previously said: “I’m certainly not thinking about being a mom. I can’t imagine it. I’m too selfish.”

Ryan definitely has a different opinion on the matter though, as he has previously said: “I’d like to be making babies but I’m not, so I’m making movies.”

Uh oh, sounds likes a hamartia to us!

Apparently The Only God Forgives actor has now gone back to his home country of Canada to get over the break up.

“He packed up and moved back to Canada for a while,” an insider revealed to Life & Style.

“He felt like he needed time out of the limelight to refocus.”

It sounds like Ry isn’t ready to start dating again – so let’s not starting tracking his exact location just yet - and there also won’t be any scenes of drama between the pair as rumour has it that the break up was very amicable.

The source said: “There is no ill will. Neither is rushing out to date other people right now. They just knew it was time.”

Sounds fair to us. Now where’s Rachel McAdams and does Ryan still have her number? Those two are meant to be together!