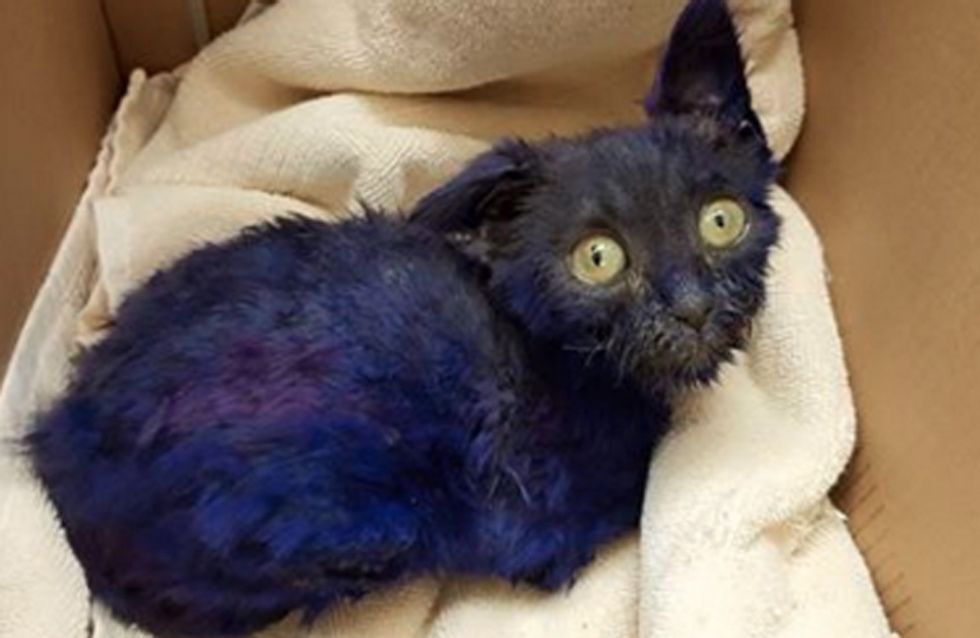 Before being rescued, poor little Smurf had been badly abused, dyed purple and abandoned in a box on the side of a road in California. After being found, it was thought that the two-month-old kitten had suffered his injuries been used as a chew toy for a dog. Before you lose faith in humanity entirely though, let us remind you that there are good people in the world as well. The Nine Lives Foundations took in Smurf and have reported he is on the mend, and the photos are just incredible...

Since being taken in by the Nine Lives Foundation, sweet little Smurf has improved remarkably, even though the chances are that the purple dye will never entirely go away. ​Monica Rudiger, the vet who worked on the kitten told the Dodo: "We’ll never get that purple dye out of him. He’s been shaved and he’s still purple. It’s so deep; It’s probably undiluted garment dye.I hope it ends well for him, but he seems to be doing really well.”

You might also like: These Photos Of The Rescue Of An Abused Kitten Will Break Your Heart 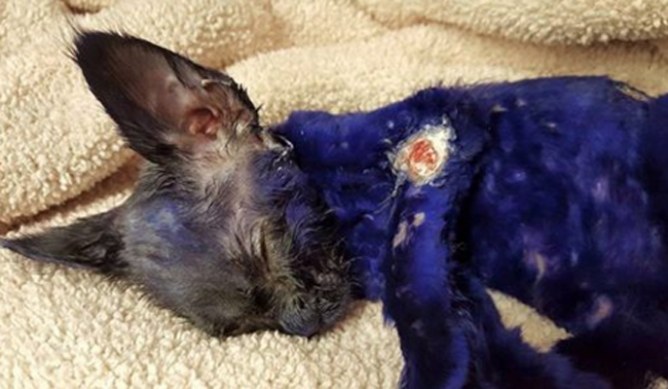 Despite his abuse, Smurf is apparently adorable, especially when he giving his blind cat friend massages...

A good Sunday morning to everyone! SMURF is bright eyed today & eating like a champ! SMURF and his blind roommate WANDA thank you for all of the baby food! Please keep it coming...SMURF and WANDA have become inseparable! SMURF seen here giving WANDA her daily massage. Listen closely for the purring...it will warm your heart !

Get well soon Smurf! What do you think? Tweet us @sofeminineUK!