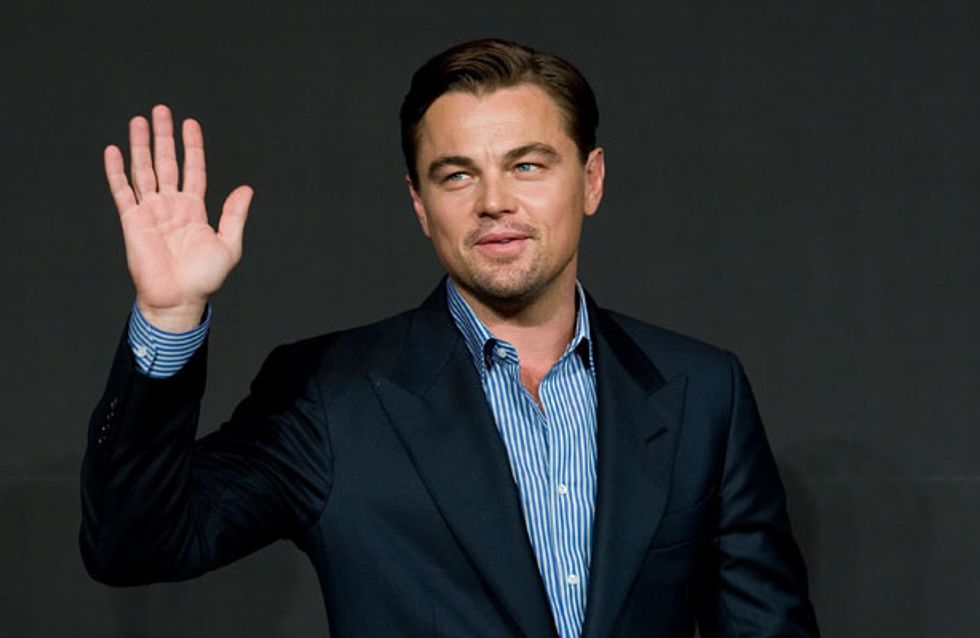 Leonardo DiCaprio is one of the hottest and most successful actors in the world, but there is so much more to him than a pretty face and a penchant for playing morally ambiguous characters. So much more. We've been pretty much obsessed with the guy since Titanic came out and he just gets better with age. Here's everything you NEED to know about our Leo...

When Jonah Hill hosted SNL, he began to show off about his role in The Wolf of Wall Street whilst belittling Leonardo DiCaprio’s acting abilities. Leo walked onto the stage and gave the Superbad star a stern talking to. Then they re-enacted a famous Titanic scene. It is funny and adorable.

2. He has been nominated for four Oscars

Some people might say that Leonardo DiCaprio is a fairly decent actor, and the 39-year-old has been nominated for four Oscars and…erm, lost out to three of them. The fourth one will be announced on the 86th Academy Awards on March 2nd.

It has to be Leo’s turn right? RIGHT?!

3. The internet loves him

Leo never seems to be too fussed when he loses out on an Oscar, so naturally the internet has to be indignant for him as this sheer injustice continues by taking to Tumblr.

We have to admit though, we’re kind of hoping he loses so this can continue – this meme is frankly hilarious.

4. He is just as neurotic as the rest of us

Ever have the feeling that people are looking at you because of your style of walking/hairstyle/facial tattoo? Apparently Leo feels exactly the same.

He said: "Everywhere I go, somebody is staring at me, I don't know if people are staring because they recognize me or because they think I'm a weirdo."

Although Leo is a sex god simply mingling with mortals, apparently he isn’t a fan of the status that we all know to be true.

He said: “Being dubbed as a hunk sort of annoys me. It gives me a yucky feeling.”

6. He and Tobey Maguire are childhood friends

According to Spiderman actor Tobey Maguire, The Great Gatsby co-stars met when he was 12-years-old, strangely meeting on the side of the road.

He said: “Leo was driving with his mother and I was shooting an afterschool special…he saw me in the car and he said ‘mom pull over!’…It was great we’ve always wanted to work together.” Aw, famous childhood friends!

7. His middle name is Wilhelm

Hmm. Wilhelm. Like Kaiser Wilhelm. Perhaps his parents always knew he would one day rule the world with his pretty face and sauve ways!

Apparently Leo’s mum, whose name is Iremelin, was born in Germany and decided to stay true to her roots when naming Leo…aside from the obviously Italian first name of course. Ah, logic.

In Django Unchained, The Man in the Iron Mask and The Wolf of Wall Street, he is straight up the bad guy who ruins everything and everyone.

But even when he’s playing the protagonist in films - cough Shutter Island/Catch Me if you Can/Inception/The Great Gatsby - it seems like he chooses parts that are deliberately ambiguous. Good guys who do bad things, guys who are wanted by the law, have murdered their relatives and encouraged infidelity... You know, the usual stuff!

9. He once survived a shark attack

Leonardo DiCaprio was chatting to Ellen DeGeneres about his three movies when he oh-so-casually mentioned that he was almost EATEN ALIVE BY A SHARK.

Apparently he was in a cage watching the sharks and a great white shark managed to get in with him. Which is horrifying.

10. He and Kate Winslet are best pals

You have to adore them, don’t you? As much as we willed the Titanic co-stars to hook up with each other, it never happened, and we’ve gotten used to the two of them being the best of pals instead!

We're officially ten times more obsessed than we were when we started this article. Gah. All hail Leonardo. And someone (we mean it) give him an Oscar!