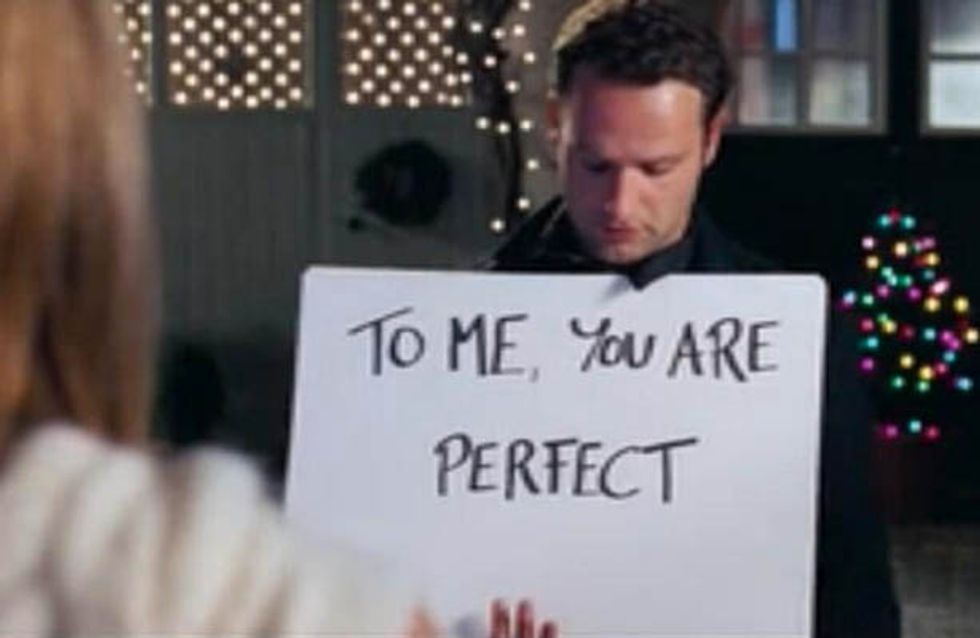 With its cream of the crop ensemble cast, romantic storylines and amazing bits of comedy, Love Actually is always nice to stick on if you’re craving a classic rom com. So when we saw that the YouTube channel Official Comedy had made a parody trailer for the romcom’s sequel, in which all of the characters seem to have dark futures, we couldn’t help but wonder about the sequels of our other favourite rom coms!

“You’ve seen them fall in love…but where are they now?”, the trailer asks. Well, it looks like there has been a zombie apocalypse in which Keira Knightly has become a zombie slayer, Liam Neeson is tracking down Alan Rickman, Colin Firth’s life has fallen to…well…nothing good, and the cute little ginger kid who chased his girlfriend through the airport is now all grown up and being held at knifepoint.

We won’t even start on Rowan Atkinson. Amazing.

The beginning and the end of Ally and Noah’s romance is set in stone in The Notebook, but what about the middle?!

If Rachel McAdams and Ryan Gosling’s future projects are anything to go by, it looks like Ally will be having flings left right and centre behind her hubby’s back – including one involving time travel, whilst Noah will have a career as a getaway driver, and will spend a great deal of time in bars helping Steve Carrell chat up women.

There is a classic quote in Notting Hill, where the fabulously rich and famous Anna Scott (Julia Roberts) talks about her fall from fame into mediocrity. She said: “One day not long from now my looks will go. They will discover I can’t act. And I will become some sad, middle-aged woman who looks a bit like someone who was famous for a while.”

So we’re guessing that the sequel might look into Anna getting over a mid-life crisis whilst married to a grumpy Hugh Grant.

Wouldn’t this be so great? You’ve Got Mail ended with online chat buddies Tom Hanks and Meg Ryan being together, after he had crushed her small bookshop and inspired her to start writing children’s books. But what would the future have in store for each other now they don’t have keyboards between them?!

(500) Days of Summer ends SPOILER ALERT with the protagonist heartbroken over the rejection of the love of his life Summer, before meeting a super pretty girl called Autumn, thus beginning the relationship cycle all over again. We reckon a (500) Days of Autumn should definitely be on the cards. Just so we can spend some time with the lovely Joseph Gordon Levitt if nothing else.

Sadly (devastatingly, heartbreakingly, miserably) we already know what is going to happen if a third Bridget Jones was ever made, because the novel, in which author Helen Fielding broke our hearts by killing off the beloved Mark Darcy, was released earlier this year.

So Mark is (deep breath) dead, and poor old Bridget needs to get back into the dating game, namely finding a fabulous boy toy. Okay…we suppose it won’t be all bad then!

In the first film, characters Ben and Alison have a one night stand in which Alison ends up pregnant, and the two of them find out they are actually perfect for each other and drive into the distance to their new apartment with their newborn in the back.

But surely things couldn’t have gone smoothly as Alison is squeaky clean whilst Ben is a bit of a stoner, and we can imagine some hilarious sequel clash of personality scenarios. It doesn’t look like a sequel will be too likely though, since the female lead Katherine Heigl burned some serious bridges by accusing the screenwriter of portraying women as “shrews”.

3. Four Weddings and a Funeral

It’s difficult to think what the title would be to a sequel to Four Wedding and a Funeral. Five Weddings and Two Funerals? Four Funerals and a Wedding? Wouldn’t that be more depressing? Either way, it’s about time Hugh Grant got back onto our screen as a floppy haired, awkward but lovable leading man.

This should probably recast since the original was released in 1987 but hey, it’s a classic! The ending of this film even shapes it up for future adventures as Westley and Buttercup ride away together for new adventures along with Inigo Montoyo and Fezzik! Plus, the fantasy genre is at it’s peak at the moment, and we’ll need something to look forward to after the last Hobbit film!

At the end of Pretty Woman, Vivian (Julia Roberts) leaves her hooker-with-a-heart-of-gold lifestyle behind to go to college, having dropped out of high school early, whilst Richard Gere decides upon a new career he knows absolutely nothing about because he used to like building blocks as a child. What could possibly go wrong?! Please make the film and show us!