by Emmy Griffiths Published on 19 March 2014 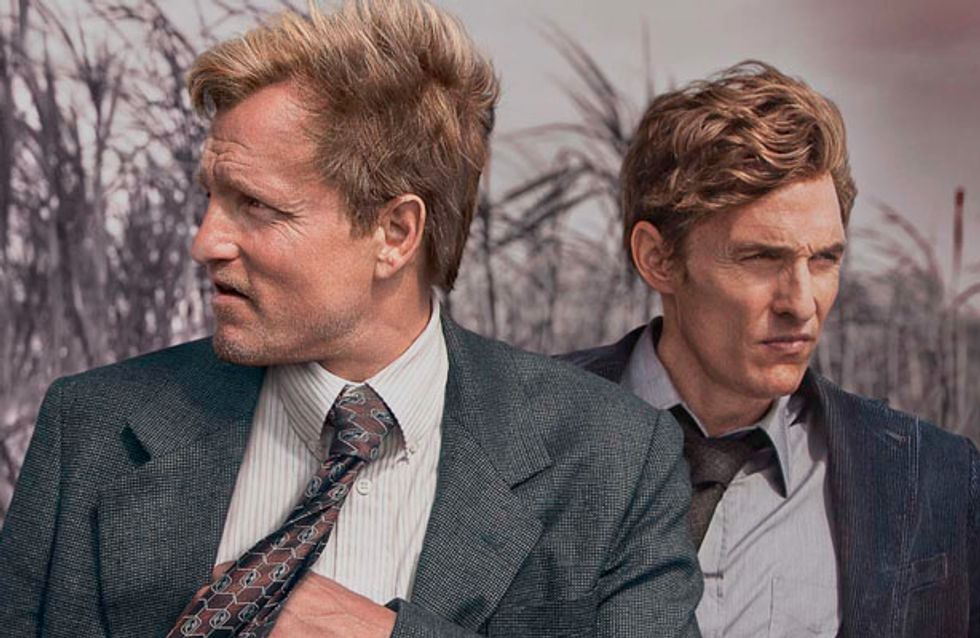 True Detective has been hailed by critics and audiences alike due to its amazing dialogue, creepy plot and powerful performances from Woody Harrelson and Matthew McConaughey. If you have been hiding under a rock, now is the time to get out under that hot Louisiana sun and catch up with the show that has been named the new Breaking Bad. Yup, it's that good. Find out why...

The acting is top drawer

Woody Harrelson and Matthew McConaughey star as the two detectives trying to solve the case, and their stellar acting serves as proof that television performances deserve the same recognition as movies (we're talking Oscars). Trust us, they're amazing.

The storyline is freaky

The show follows two detectives whose murder case is reopened 17 years after the gruesome events occurred. It doesn’t give away anything straight away and will leave you wanting to know what the hell is going on.

If you liked Broadchurch, Hannibal, or Luther this will definitely be up for your street. You won’t rest till you find out the truth!

For the inner fan girl in all of us who doesn’t care so much about psychological crimes as much as the eye candy investigating it, we can assure you that Matthew McConaughy is looking fine (well, the ’17-years-ago’ version of him anyway), and he gets his rippling muscles out a fair bit. Got to love tank tops.

The setting is disturbing

The series is set in south Louisiana, and the grubby, hot, dusty setting in the bible bashing Deep South makes its impact in the story. Let’s just say this show wouldn’t be nearly as cool if it was set somewhere like Dorking.

This might sound like a negative, but it’s really, really not. You might need a couple of red bulls to power through, but that cliff hanger moment at the end of each episode is such a good pay off of your time (and makes you keep watching - sneaky).

Its presentation is gorgeous

You only need to watch the opening sequence to catch our meaning. This isn’t just a TV show, it’s art!

The narrative is unique

The story bounces from present day to the early nineties as the two detectives look back on their old murder investigation. The smug hints towards the events of the past that we are watching unfold coupled with halting revelations as to why the case is being reopened keeps you pretty much totally in the dark to what is going on (but we love it).

There are only eight episodes

The show might be slow, but it’s also short. There are only 8 episodes in the series and the time will fly by! It is an anthology series as well, so it all gets wrapped up in a neat bow without any of those months awaiting revelations of infuriating cliff hangers. We approve.

Still not convinced? Check out the trailer below and tweet your thoughts at @sofeminineUK