by the editorial team Published on 31 January 2014 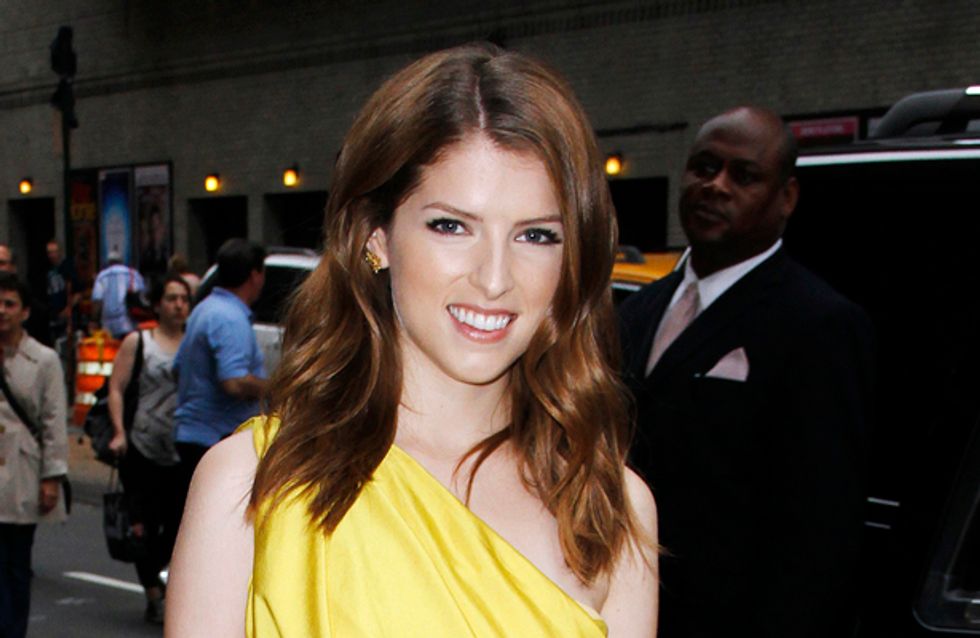 Have you ever wondered how all these companies can pay boatloads of money for 30 seconds of commercial time at the Super Bowl? Well, here’s one brand that decided instead of filming a Super Bowl commercial, they would make a campaign appropriately named “If We Made It.” Anna Kendrick makes us die out laughing with her dead pan dialogue, and we could not love her more for it!

If you weren’t already wishing Pitch Perfect star Anna Kendrick was your BFF, you will be after watching her “non-Super Bowl” commercial for Newcastle Brown Ale!

The advert is very straightforward, featuring Anna getting primped in front of a mirror and complaining about how Newcastle lost all their money for their Super Bowl commercial. We dare you to try keeping a straight face while watching this one.

“It’s disappointing, you know, because I was really looking forward to the paycheck,” Anna deadpans. “So, I’m like back to doing indie-cred stuff, which is great, but you can’t stuff indie-cred down a male stripper’s G-string. You know what I’m saying?”

Because this commercial is technically not for the Super Bowl, they are not even allowed to say the phrase “Super Bowl”. The phrase is bleeped out right alongside all the hilarious profanity Anna slips in there.

In the middle of the advert, Anna slips off on a tangent about how she doesn’t really think she’s “beer commercial hot.”

“I was surprised that I even got offered the part, you know, cause I don’t think of myself as like “beer commercial babe hot,” you know?” she says. “I mean, I’m hot, but like, like approachable hot. Like “the hottest girl in your improv class” hot. Like, hot to the kind of guys who like feel bad calling a girl hot.”

The one part of the commercial that actually endorses the beer is when Anna Kendrick says, “Hi, umm, Newcastle Brown Ale, the only beer that ever promised me a high-paying role in a Su--- B--- commercial and then backed out at the last f---ing second like a bunch of d---s!”, right before storming off.

Only Anna Kendrick can make us laugh this hard and fall in love all over again in only two minutes. Well played, Newcastle, well played.

What did you think of the advert? Do you think Anna Kendrick is “beer commercial hot”? Tweet us @sofeminineUK.