WATCH: Daredevil Season Two Trailer Is Here And It Looks Better Than Ever 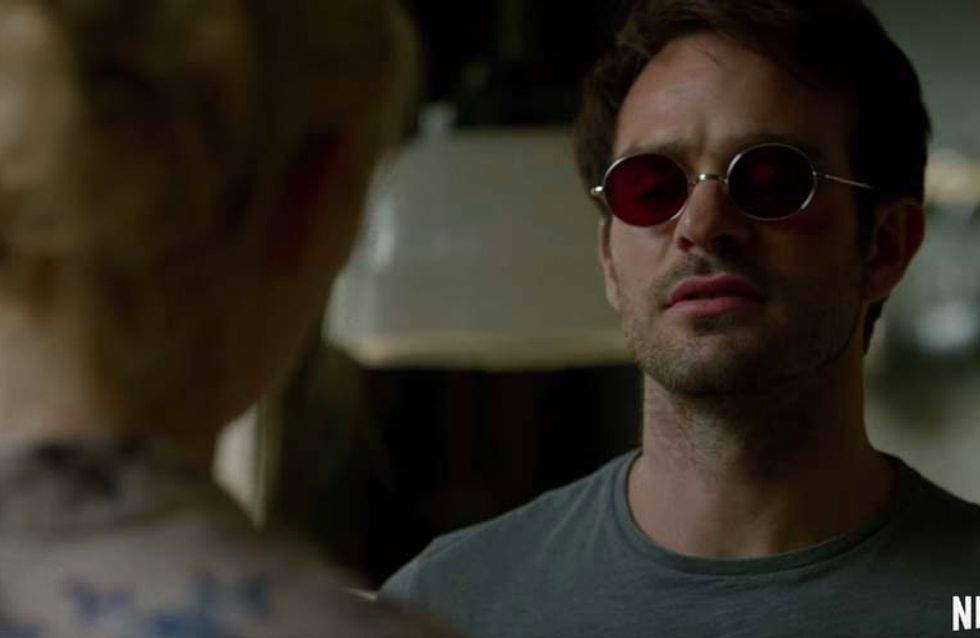 Daredevil was a different sort of Marvel creation right from the beginning. Rather than being the lighthearted, quippy sort of display we're used to seeing in the movies, Daredevil's season one was a gritty, dark affair, with the show focusing on hero Matt's struggles with his morality and his self-appointed role as Hell's Kitchen's protector. Now season two is here, and it looks like Matt is about to face his worst nightmare - a vigilante who is exactly the sort of person Matt could become.

In the season two trailer, Matt takes on The Punisher, a man who is killing the criminals of Hell's Kitchen (while Matt just hands them into the police, the healthy vigilante way).

The synopsis reads: "Just when Matt thinks he is bringing order back to the city, new forces are rising in Hell’s Kitchen. Now the Man Without Fear must take on a new adversary in Frank Castle and face an old flame – Elektra Natchios. Bigger problems emerge when Frank Castle, a man looking for vengeance, is reborn as The Punisher, a man who takes justice into his own hands in Matt’s neighborhood. Meanwhile, Matt must balance his duty to his community as a lawyer and his dangerous life as the Devil of Hell’s Kitchen, facing a life-altering choice that forces him to truly understand what it means to be a hero."

All of our old favourite faces are back, along with a few new ones (helloooo Elektra). Though we have to say we're a little disappointed that Wilson Fisk is a no show. Someone break him out of prison already! The trailer also promises of a second trailer to be released on the 25th February before the series drops all in one go on Netflix on March 18th, so see you all in 10 days okay?!

Are you looking forward to season two? Tweet us @sofeminineUK!