Erm, yay? Jim Davidson has been announced as the winner of the 13th Celebrity Big Brother, and we think it’s fair to say that the public opinion is decidedly divided on the outcome, whilst loveable N-Dubz star Dappy came in second place in what has been probably the best and most interesting series in many a year! We’re also excited to hear Sam Faiers hint that she might be interested in a relationship with Ollie Locke now they’re on the outside! Yes! It’s what we all wanted and more!

Jim Davidson has become the winner of Celebrity Big Brother less than a year after he faced police allegations of sexual assault.

Although the gameshow host was due to appear in the last series, he was forced to withdraw until his name was in the clear, and entered the house for the 2014 show. It looks like the 60-year-old made a comeback probably as startling as Big Brother itself. Let’s face it – it was getting a little tired until this series, but we reckon this one has been the best series to date! 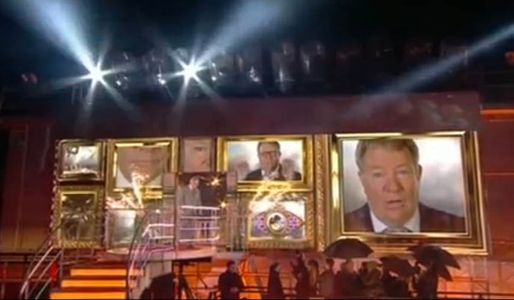 Although he was up for nominations every week, Jim was given 1-5 odds from the bookies, beating previous favourite Ollie Locke, Sam Faiers, Casey Batchelor, Luisa Zissman and Dappy to the prize.

The comedian was delighted by his win, and said it was: “Overwhelming…all the people cheering…especially as I’ve been nominated more times than Gone with the Wind…I got saved by these people and the people at home.

“I thought I’d stand my ground and just be me.”

He merrily chatted about his well-documented rivalry with fellow housemate Linda Nolan, and said: “it takes two hands to clap, takes two to argue, with Linda we’re talking about. She’s a fantastic artist, I really do admire her, we did clash a bit, but I can’t wait for her to buy me a pint.”

It sounds like Jim is using his rejuvenated reputation to restart his stand-up comedy tour, starting in Essex (we’re guessing Sam will be going to watch then!), and could possibly have a Channel 5 show afterwards.

Dappy seemed pleased enough to be the runner-up as well, and told the show host Emma Willis: “Never in a million years did I think I’d come second. I’m just a bit shy to be among all these different species, all I know is chickpeas and tinned tomatoes!”

He continued: “Me coming into this house has helped me to separate Costas [his real name] from Dappy.”

The 26-year-old was also full of praise for Jim, and said: “He taught me so much in the house, I’ll call him dad for the rest of my life.”

Made in Chelsea’s Ollie Locke came in third place and seemed a little shell-shocked as he watched back his favourite moments. He said: “It was the most bizarre experience of my life…I’m terribly brown in that, I use way too much fake tan!”

This brings us to the exciting news – Ollie shared how much he liked TOWIE girl Sam Faiers, and said: “I like her a lot more than a friend….I very much want to take her out for dinner. I want to take her on a Southbank walk in London.” Sam then shared to Emma: “[Ollie] said he would ask me on a date and if he asked me again I want to go.”

Were you happy with the Celebrity Big Brother results? Tweet us @sofeminineUK