What Miley Cyrus, Rihanna, and Other Stars Should Give Up For #Lent2014 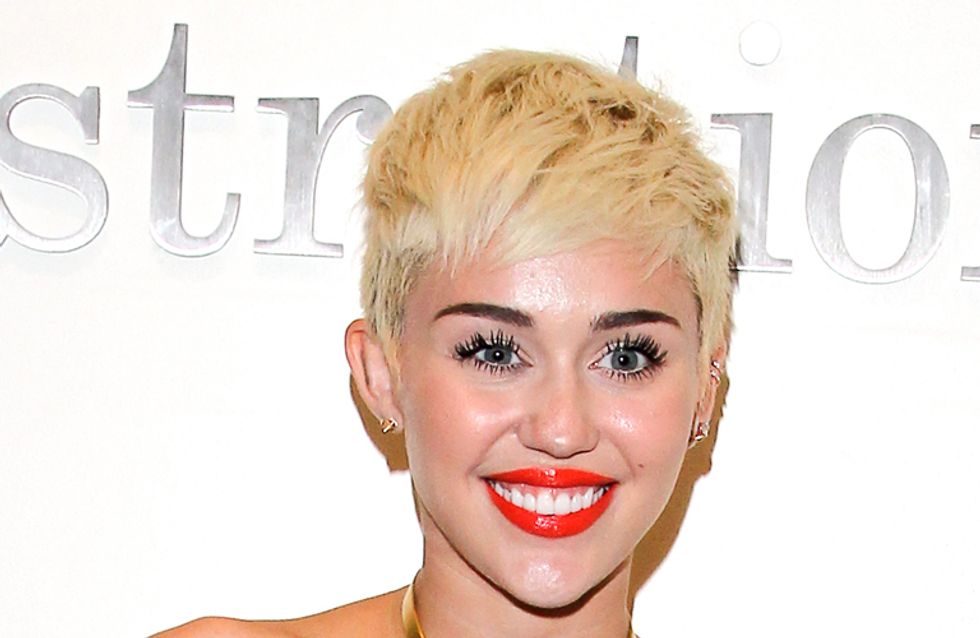 It was Ash Wednesday yesterday and that means Lent 2014 has officially begun! We hope these eight stars take our suggestions and give up some of their bad habits!

Miley's tongue. We've seen it more often than we've seen our own, and while it has an adventurous spirit and (let's face it) an impressive range of movement, we've really and truly had enough. This Lent we suggest Miley gives her tongue a well-deserved vacay. She could even take up scrubbing it too. We're not sure it should be grey?

On March 9th, Lindsay Lohan will sit down with Oprah and get grilled about her addictions, mistakes, and future projects. For some reason, the public thinks its owed an explanation from Lindsay. Yet, the pressure from these types of interviews, especially on a recovering addict, creates high expectations that LiLo doesn't need to worry about right now. Time to give up the confessionals once and for all.

Ok, it's not that the boys of 1D are annoying on Twitter - it's that the entire world could take a break from their fans! One Direction-ers are self-professed superfans who will stop at nothing to bash their girlfriends, or rumoured girlfriends. These girls have no limits when it comes to stalking their five fave guys, and as for our Twitter feeds, well they're all over them too. The group has even begged their Twitter fans to #chillthehellout but it was futile. Maybe if the boys stopped tweeting their fans would float down to reality.

Robin Thicke has put his estranged wife, Paula Patton, through the ringer over the past few months. Between his controversial performance with Miley and leaked photos of him grabbing at models, we knew it was only a matter of time before they announced their split. But Robin isn't letting her go that easily. According to TMZ, he dedicated a song to Paula at a recent concert and told the crowd that he's "trying to get [his] girl back." Honestly, he should just back off for a bit and let Paula decide for herself if she wants to work things out with the serial flirt.

We're not sure it's possible for Robin to give up flirting for forty days, but if he did he'd be doing Paula (and womankind) a real big favor.

As long as you look the part, being able to sing is a low priority for record execs, and Katy Perry's recent lip synching faux pas and pitchy performances demonstrate that fact. We truly do like Katy's music but perhaps she needs to give her vocal cords a rest and pick songs that are actually in her range?

Another self-described pothead. Rihanna's Instagram is full pictures of her always-lit blunt. Yet, after a string of late appearances during her 2013 Diamonds tour due to late night partying, we're left wondering whether weed is interfering with how well she can do her job as a performer. A few weeks off the vaporizer might do her good!

On his canceled CNN show, Piers Morgan Live, Piers gives off the impression that he hates talking to people, even if they do agree with him! He insists that the cancellation is a good thing. "I'd like to do work -- interviews with big celebrities and powerful people -- that is better suited to what I do well," he told The New York Times, but we think he should give the public a few weeks (maybe months...) to forget his on-air cynicism before he graces our TV screens again. Time to take a well-earned break eh Piers?

On Keepin' Up With the Kardashians Kris can barely hide her stage mom attitude. She wants to know everything her kids are up to (Ok, let's be real, her girls. Rob is the surly forgotten child in the clan), especially Kim who is no doubt the most famous Kardashian. But after a head-scratching date at the Vienna Ball last month where Kim was reportedly paid $500K to be on the arm of billionaire Richard Lugner, we hope she tells her mom to cool it on booking her events for awhile.

Got any other ideas for the celebs this Lent? Tweet us @sofeminineUK