What Would Disney Princesses Look Like With Normal Waists?

We don't know about you, but growing up our main ambition was to become a Disney Princess. In every single way: be it their status as Royalty, their romances or their long, long hair, Disney Princesses seemed totally perfect. Something we never envied too much was their frankly insane figures though. Seriously, who in reality has a waist thicker than their neck?! That's why we're pretty pleased that this illustrator has reimagined our favourite heroines with a more realistic body shape...

Growing up, Disney Princesses were always our top role models: they are strong, determined, have bags of character and fight for what they want (unless you're Cinderella, in which case you just throw yourself onto a bed crying when things don't go your way but y'know). Generally though, Disney princesses are where it's at.

But it could be argued the great heroines of children didn't exactly give us the best body image message, namely because their waistlines were totally unrealistic!

Check out how much better they look with a normal body size - it makes you realise how warped Disney's depiction of the female figure really is. 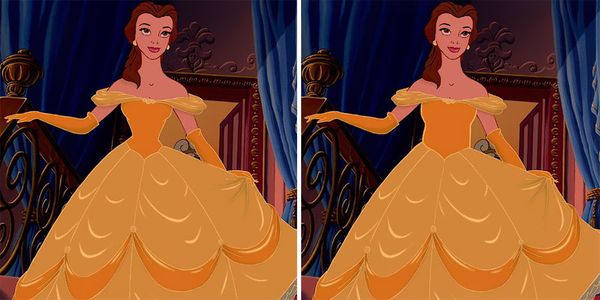 With this is mind, illustrator Loryn Brantz has altered Ariel, Elsa, Pocahontas, Belle and the rest of the gang so they look as they should, with normal waists. Why did they ever have to be so tiny in the first place?

Do you think the Disney princesses look better before or after? Tweet us @sofeminineUK!