by Dagney Pruner Published on 4 February 2015 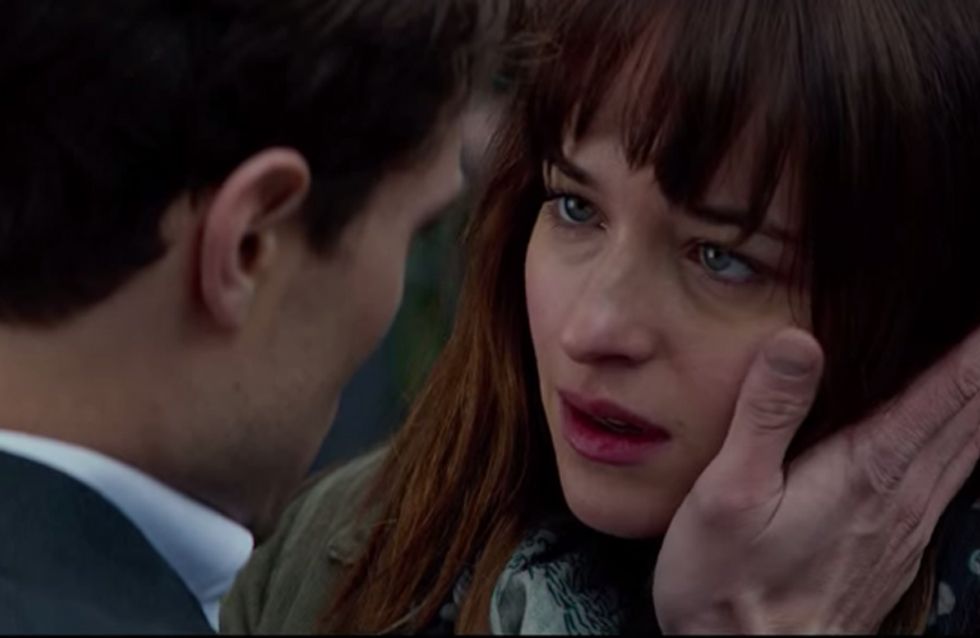 Would your mum be shocked if she knew your modern day fairytale involved whips, handcuffs and a kinky billionaire? Possibly...but one look at Christian Grey and it wouldn't just change her mind, she would probably ask to borrow your copy of the book. With 50 Shades' cinematic premiere just around the corner, we thought we would break down why we find Christian and Anastasia's relationship so romantic and SO DAMN HOT.

So I hate to say it, and many ladies will deny this, but a girl loves being the exception to the rule. Just ask Gigi from He's Just Not That Into You. When Christian Grey, a successful billionaire who is VERY stuck in his ways emotionally and romantically, is able to open up to the mousy Anastasia Steele it's basically giving girls everywhere hope that men CAN change. Every guy you ever dated that was too closed off, had a wandering eye or loved booze too much and you were told would never change? Well, if you are Anastasia, then evidently you are so amazing that you are worth a man wanting to change his habits for...sigh.

I don't think this needs too much explaining, but any man who sends you sexy emails all day and signs them off "laters, baby" is basically worth marrying then and there. The most us peasantly women are able to get out of an email sign-off from our guy goes something like this "C ya l8r, bro" followed up with "sorry, wrong text." Also, he gets her a brand new phone AND pays the bill?! My parents wouldn't even do that for me and they are biologically coded to care about my well-being.

So usually I would say that a guy loving being in control is probably a red flag, but Christian Grey knows just how to flirt with the line between "sexy in control" and "creepy, restraining order in control." Even the most independent of women love nothing more than a man who knows what he wants, and thus can pin you up against a wall in an elevator and get it from you while also giving you what you want. He "exercises control in all things" and given that most men don't even know how to order Seamless for two, we'll take a guy who KNOWS what he wants and isn't afraid to get it.

4. She gets to have her mind blown

Any girl who has kissed plenty of frogs in her life knows that it is usually the girl who has to teach the guy not just how to be a good boyfriend, but how to give a girl what she really wants in the bedroom. Christian Grey does not need help in either department. Not only does he not need to be taught, he is the one that opens up Anastasia's virgin eyes to the world of adventurous, boundary breaking sex AND how she should embrace her body. He is basically the poster boy for promoting body confidence.

5. He wants her and only her

Any girl who has ever downloaded a dating app on their iPhone has basically admitted that they don't believe in soulmates. So when this sexy billionaire comes along and tells you that you are THE ONE, and despite his very lengthy dating history he's never met anybody like you, well that is basically the best ego boost in the world. He loves only her and only wants her so bad that it hurts. It's a unicorn in the modern world of romance, but one us women never stop aspiring to.

6. And nobody else can have her

Again, this is a little controlling, but we still think it's part of our modern fairytale...sue us. Remember when she's out her with friend Jose who tries to kiss her, and then she drunk dials Christian and he hops right in his Bentley and comes and knocks the drunk dork out? Well, if that isn't THE modern day fairytale then we don't know what is. Last time we drunk dialed our crush and demanded he bring us ranch dressing for our pizza he didn't answer, and all we got in return was a nasty text message from his girlfriend the next day.

7. It brought sexual exploration out of the closet

Given that we live in a world of slut shaming, 50 Shades managed to shatter all sorts of taboo barriers by bringing S&M to the forefront of everybody's minds. There is a reason why suburban moms read the trilogy in their book club and twenty-somethings obsess about it with their girlfriends: almost EVERY girl has the desire to explore sexuality free of judgment. 50 Shades was nice enough to bring this desire to the main stage.

8. It is honest about modern romance

When we think of classic romance we rarely think of a guy sending a dirty email, defending us when our future in-laws bring up a prenup, or teaching us how to break down our sexual fears. But the honest truth is that is a lot of what modern romance is about. It's not just about opening doors and paying for dinners, it's about being realistic about how a man can make you feel protected, adored and loved in little ways every single day. I'll take a romance that involves cute emails, constant adoration and a whip over a glass slipper any day.

9. You don't need tons of makeup or a flirty personality to attract a man

If you remember, Anastasia has a vixen BFF named Kate in 50 Shades and she's usually always the one that gets the guy because she wears mascara, knows how to tease her hair, isn't a virgin, etc. This love story shows us that you don't have to be that girl to be noticed by a man. You can be your no-makeup-hair-in-a-ponytail low maintenance self and still have a billionaire fall in love with you. If that's not an effing fairytale then I don't know what is.

I give two women enormous credit for reading every girl, housewife and basic betch's mind when they created Christian Grey: E.L. James and Sam Taylor-Johnson. Author E.L. James happens to be a mother and wife in the burbs with a very active imagination and excellent taste in men. Luckily, she also happens to be an excellent writer and created Christian Grey for ladies everywhere. Movie director Sam Taylor-Johnson did her part when she made the insanely wise decision of casting hunk Jamie Dornan for the flick, and for that, we are forever grateful. Fun fact: Sam Taylor-Johnson is the wife of hottie Aaron Taylor-Johnson, so it's no wonder she knows how to direct an insanely hot sex scene.

The movie hits theatres on Valentine's Day so in the meantime we will be enjoying the million clips that have hit the internet while fantasising about our own fairytale one day coming true...whips and all:

Are you pumped for 50 Shades as much as we are? Tweet at us! @sofeminineUK

Annoying Things Men Do That Will NEVER Be Ok With Us