Why You're About To Fall In Love With Janelle Monae

by Emmy Griffiths Published on 4 April 2014 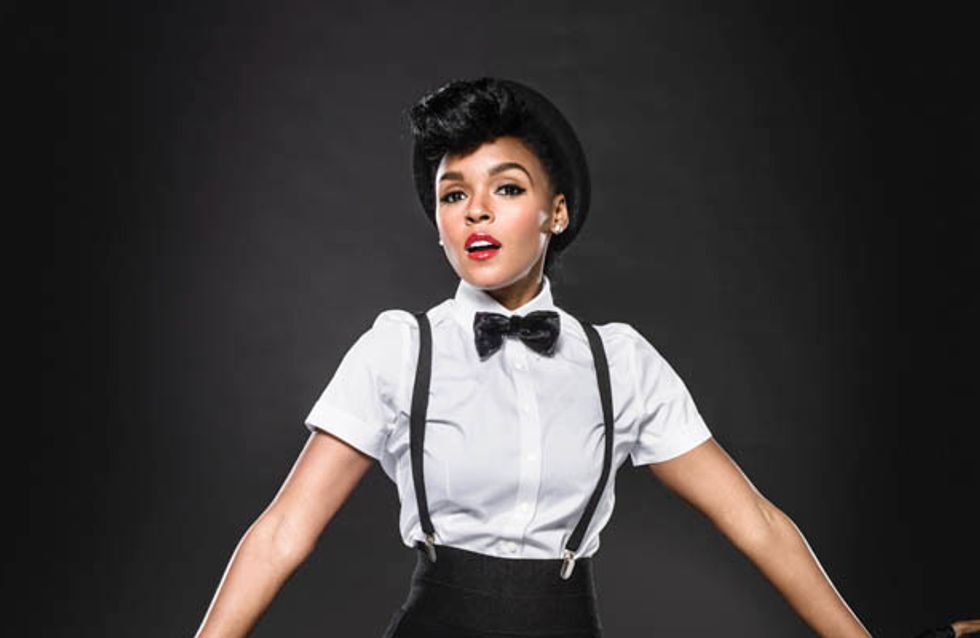 Janelle Monae exploded onto the music scene in 2010, and since then we’ve been watching her career soar. From her critically acclaimed debut album to her incredible six Grammy nominations, Janelle is definitely here to stay, and now that she is following the footsteps of Beyonce and Michael Jackson by starring in the new Pepsi Max advert, it’s time to get our crush on with R&B’s coolest artist.

Her signature outfit is a tuxedo

Janelle is rarely seen out of her Tux. As she says: “I bathe in it, I swim in it, and I could be buried in it. A tux is such a standard uniform, it’s so classy and it’s a lifestyle I enjoy. The tux keeps me balanced. I look at myself as a canvas. I don’t want to cloud myself with too many colors or I’ll go crazy. It’s an experiment I’m doing. I think I want to be in the Guinness Book of World Records.”

We've had her rendition of David Bowie’s Heroes on repeat

The advert gives you chills and the song is amazing. We're loving her version of Heroes!

This confirms it! She’s awesome.

Apparently Janelle freaked out a little to be covering David Bowie, of whom she is a huge fan. She said: “Heroes' is one of my favorite David Bowie songs, he’s just the coolest artist out there, so to be able to cover the song and to pay homage to him is truly a dream.”

The Purple one was a fan of her before she was famous.

She’s kind of a musical nerd

One of Janelle’s genuine influences growing up was The Wizard of Oz, and apparently as a youngster she’d constantly go into her own little musical world. She said: “There was a lot of confusion and nonsense where I grew up, so I reacted by creating my own little world ... I began to see how music could change lives, and I began to dream about a world where every day was like anime and Broadway, where music fell from the sky and anything could happen."

She was discovered by Big Boi from Outkast

It was Big Boi who convinced P Diddy to check out Jonelle’s MySpace page, who then promptly signed her to his record company!

Move over Sasha Fierce! According to Janelle: “Cindi is an android and I love speaking about the android because they are the new “other”. People are afraid of the other and I believe we’re going to live in a world with androids because of technology and the way it advances. The first album she was running because she had fallen in love with a human and she was being disassembled for that."

Believe it or not, she went to drama school

Since all of her music videos have a detailed backstory with Janelle playing a variety of characters, it’s hardly surprising that the singer studied at the American Musical and Drama Academy!

Monáe is part of the cultural movement Afrofuturism which combines science fiction, Afrocentricity, and magical realism to critique modern perceptions of race. 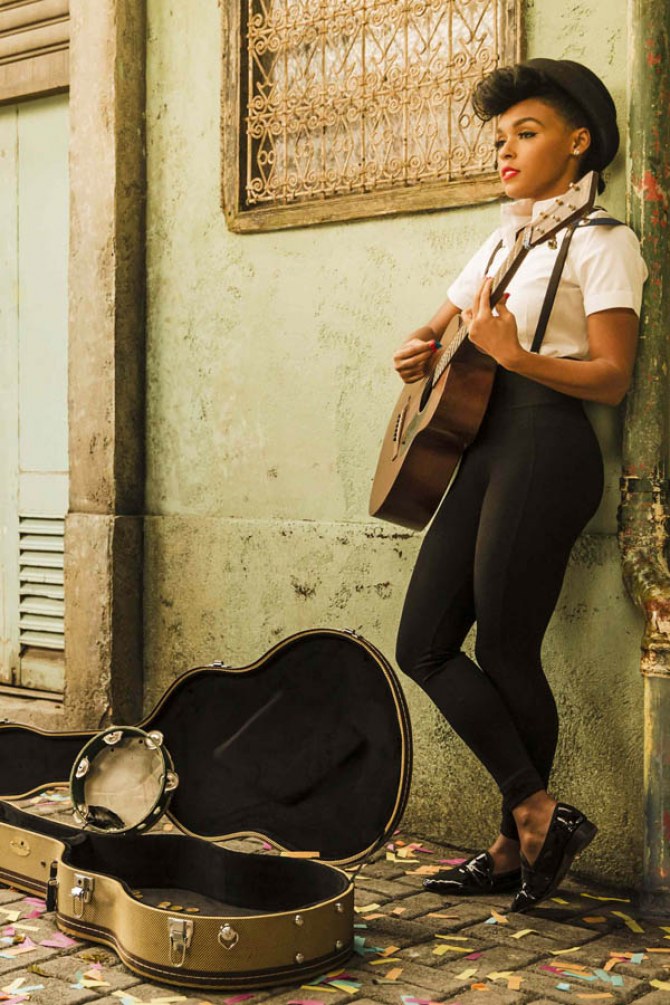