As one of the most in-demand stars on the planet it's not a surprise that Beyoncé Knowles has been the victim of over-excited fans more than once. Nonetheless, this has got hubby Jay Z a little worried, so he's decided to take some rather drastic measures to protect his girls.

Jay Z is so worried for his family's safety that he's doubled their security.

The rapper has hired five ex-Mossad agents - the former Israeli secret service squad - at a cost of £2million for his wife Beyoncé and daughter Blue Ivy.

A source told Now magazine: "Jay's worried about the possibility of kidnap so he's taking no chances."

The extreme measures come after Bey was pulled off stage by an over-excited fan in Brazil.

The 32-year-old singer was performing in Rio, on a platform surrounded by her crowd.

As she moved closer to her fans, one aggressively tried to grab her and pull her into the audience as she attempted to fight him off.

Fortunately a guard was on hand to rush in and pull her to safety.

When the track - Irreplaceable - ended, Beyoncé seemed shaken as she tried to calm the crowd.

But in true superstar style, she proceeded to approach her fan and shake his hand.

Though it ended on good terms, Jay Z's mind obviously wasn't put at rest and he reportedly contacted security-conscious pals Kanye West and Tom Cruise about his situation.

As well as beefing up security, the 43-year-old rapper is also reportedly keen for 21-month-old Blue to stay at home in New York with his mum Gloria.

But Bey doesn't want to be separated from her daughter - just this month the singer said how happy she was to have her daughter with her while she travels. 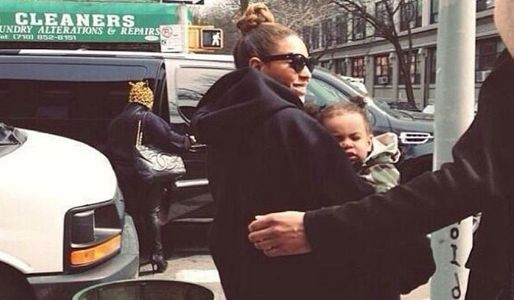 She revealed: "I'm touring with my daughter for the first time and my dream has always been able to balance my life and my career."

And Beyoncé's time on the road is far from over.

She performs in Mexico City tonight and come October she will be travelling to New Zealand and Australia, before moving on to North America and Canada.

The Mrs. Carter Show World Tour ends a few days before Christmas, so it would be a long time for Bey to be separated from her baby daughter.

Looks like Jay's just going to have to accept that wherever Beyoncé goes, Blue Ivy follows! 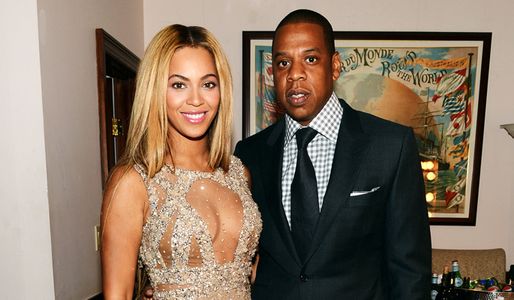