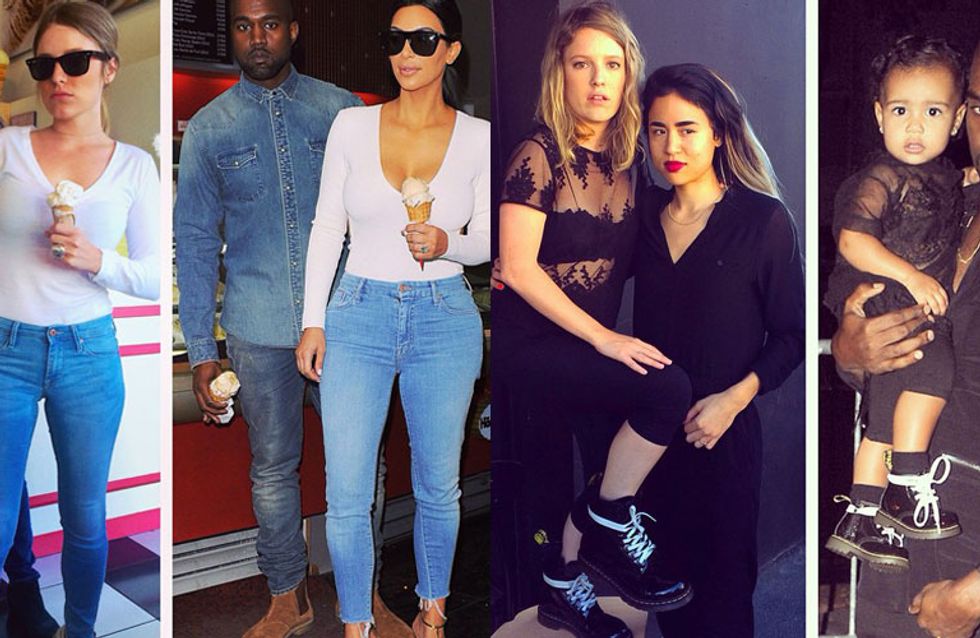 © What Would Yeezus Wear Tumblr

Here's a story all about how two women won best costume for 2014. #KimyeForever #WWYW

Just when we thought we were going to slay Halloween this year, two brilliant women swooped in during the final hours and stole all our glory (and we're not even mad).

Most of us have been inspired by Kim K at some point in life. Whether it be her trademark smokey eye, her luscious curls, or her signature curve-hugging silhouette, we've found at least one thing we've loved about her. And ever since she got with hubby Kanye West, her fashion stock has undeniably gone through the roof. This week they were dubbed Fashion's First Family by the legendary André Leon Talley. It's no wonder so many ladies out there aspire to emulate her style.

However, the women behind What Would Yeezus Wear took copycat behavior to new heights. In what we'll call the most brilliant move we've seen all week, they perfectly recreated the power couple's most memorable outfits.

But it's not just the garments that make their feat so incredible. It's how they were able to truly capture the essence of the paparazzi snapped photos. Kim's aloofness? They got it down to a tee. Kanye's frown? Nailed it. There's even a Nori cameo because duh. It wouldn't be Fashion's First Family without her.

Let's all stand and give these chicks a round of applause. We're kicking ourselves for not thinking of this first.

Check out all the looks they recreated 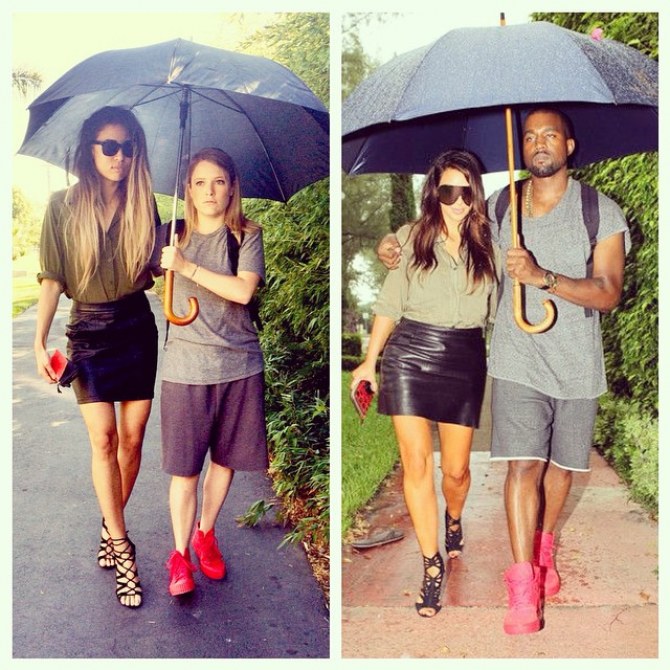 © What Would Yeezus Wear Tumblr

Did these women nail Kimye's looks? Tweet us @sofeminineUK
​
This article was written by Cliché Wynter. Tweet her @CalamityCliche.