by the editorial team Published on 30 September 2013 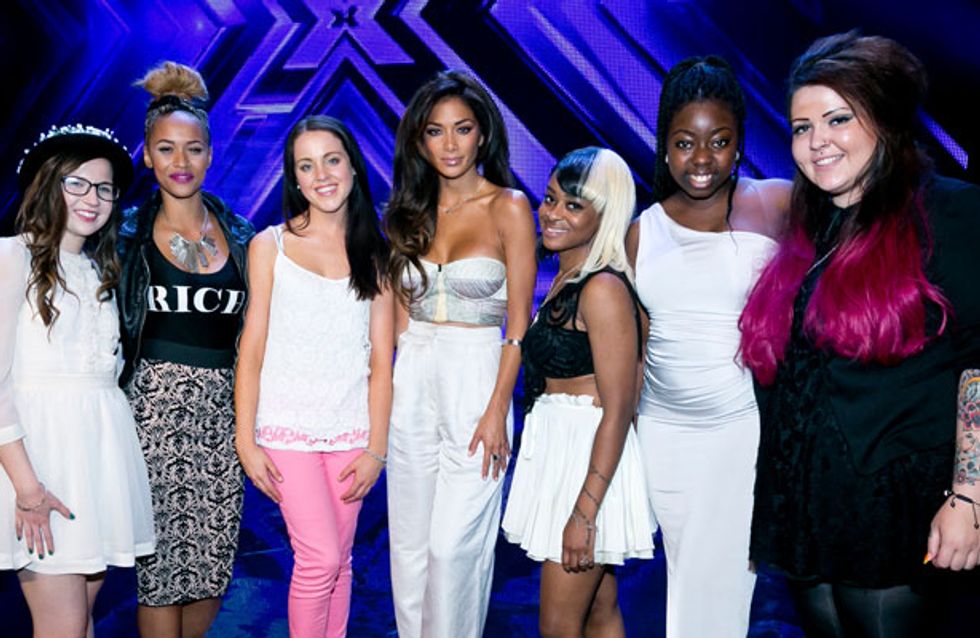 This weekend saw 100 X Factor hopefuls whittled down to just 24 at the toughest stage of the series so far - Bootcamp. Gary Barlow, Louis Walsh, Nicole Scherzinger and Sharon Osbourne were assigned their categories and all had tough decisions to make as they decided who to take through to the next stage - Judges' Houses.

The X Factor 2013 Finale line-up has been announced
It’s finally here! Everybody knows that the ITV Gods save the best performances until the big finale weekend so the question on everybody's lips is this: who will be performing this year at The X Factor 2013 finale?! We’re going to guess that you’re not going to be disappointed since it sounds like there’s a performer for everyone to enjoy watching as those precious votes are being counted for the new X Factor winner.

Louis Walsh will be taking his final six boys to St. Tropez, where they will battle it out for a place in the live finals.

The Irish judge had some tough decisions to make at bootcamp, but was confident he could win with one of his final six acts.

The category kicks off with 17-year-old Devon student Luke Friend, whose quirky style and likeability has always made him a favourite with the judges. He'll be joined by 16-year-old Giles Potter - though he doesn't have the strongest voice, Giles is bursting with charisma.

Scottish Nicholas McDonald, 16, sailed through to judges' houses with his performance of Jason Mraz's I Won't Give Up, while Paul Akister, 24, was deemed to have the best voice in the competition and so will be joining Louis at his house in the hope of progressing from his job as a pub and club singer.

Council worker Ryan Mathie, 18, nicknamed the singing mechanic, was also victorious and completing the final six is 19-year-old Sam Callahan, whose charm and good looks are bound to make him a hit with the ladies.

Nicole Scherzinger was chuffed to be handed the Girls category, but it was so full of talent she had a hard time choosing just six to invite to her home.

Abi Alton, 19, played the piano and sang Erasure's A Little Respect to secure her place at Nicole's house, while 16-year-old Tamera Foster impressed with her version of Rihanna's Stay.

Also battling it out for a place in the live finals will be 19-year-old Melanie Mcabe, who has auditioned for the show three times before. Hannah Barrett, 17, earned a standing ovation for her emotional performance of Etta James' I'd Rather Go Blind, while Jade Richards, 22, belted out Emeil Sande's Clown. She was unsuccessful at Judges' Houses in 2011 so will be hoping for more luck this year.

Completing the category is 23-year-old hotel house keeper Relley Clarke, whose fun-loving personality proved popular with the judges and will no doubt be a hit with the public, too.

Sharon Osbourne's Over 25s will be flying to her home in LA. First up is 28-year-old Andrea Magee, who performed U2's With Or Without You. White van driver Shelley Smith, 34, was given a congratulatory on-stage hug by her daughter after she was successful, while prison officer Sam Bailey, 35, wowed with her performance of Emeli Sande's Clown.

Zoe Devlin's quirky look and fun version of You Are So Beautiful earned the 28-year-old a place in LA, while rocker Joseph Whelan, 27, is the only boy in Sharon's Overs. When it was threatened he may lose his place, Sharon had to have a stern word as he stormed off in a grump.

Finally, Lorna Simpson, 26, was a surprise success and earned a standing ovation with her performance of Whitney Houston's Dance With Somebody.

The Groups category is looking pretty strong this year. First up to fly to New York with Gary Barlow is Rough Copy, who lost out on a place at Judges' Houses last year because of visa issues. Sadly, with more issues this year, the trio is now a duo.

Kingsland's fun performance of For Once In My Life made them a shoe-in for Gary's pad, while Code 4 proved just as popular with their version of Avicii's Wake Me Up.

Also successful at Bootcamp were Brick City thanks to their performance of Bon Jovi's Like A Prayer, while a new as yet unnamed girl band were also formed. Jeanette, Rielle and SeSe were all originally solo performers or part of a group but after they were unsuccessful were put together - and their performance of Rihanna's We Found Love proved popular.

​They'll be wary of the other girl group in the category, Xyra, who belted out Michael Jackson's Billie Jean.