by Emmy Griffiths Published on 18 February 2016 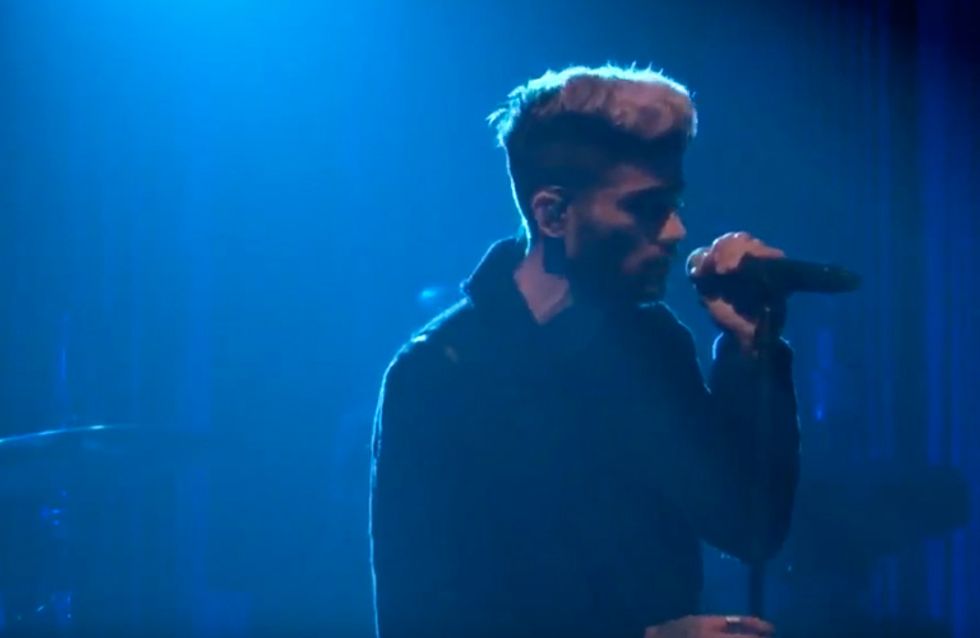 We're not One Direction experts, but we always thought Zayn was one of the 1D boys who sort of swayed in the background humming while Harry Styles did his thang. Handsome, yes. A true leading man, no? But we will be the first to put our hands up and admit we were wrong, because Zayn just SMASHED his debut solo performance on the Jimmy Fallon show.

We all know Zayn Malik is hugely talented at the following things: a pout Edward Cullen would be proud of, dying his hair strange colours and quitting boy bands. We're not proud, but when we heard Zayn was planning a solo career, we didn't think it would happen. How can someone so grouchy in interviews ever become a superstar in his own right, we asked ourselves, pointedly ignoring Kanye West's existence. But after Zayn's performance on The Tonight Show with Jimmy Fallon, we take it all back. This guy is TALENTED.

While his debut single Pillow Talk reached number one in 68 countries, Zayn chose to perform his latest single It's You, and it is sort of hauntingly beautiful, even though he's clearly getting used to being alone on the stage. We love how he keeps awkwardly tugging his ear. Boy is as adorable as his album cover, which was also unveiled on the show.

As you can imagine, the One Directioners were out in force supporting the former band member:

"THIS IS THE FIRST TIME WE SEE ZAYN SINGING ALONE ON STAGE SINCE HE AUDITIONED FOR THE X FACTOR" US:#ZAYNOnFallon pic.twitter.com/aNxJfpDP41

That was amazing. Wow. His notes. His voice. I'm blessed. I no longer have worries. My life is perfect. #ZAYNOnFallon -A

WATCH: Daredevil Season Two Trailer Is Here And It Looks Better Than Ever

WATCH: Grammy Stars Read Mean Tweets About Themselves And It's Kinda Hilarious